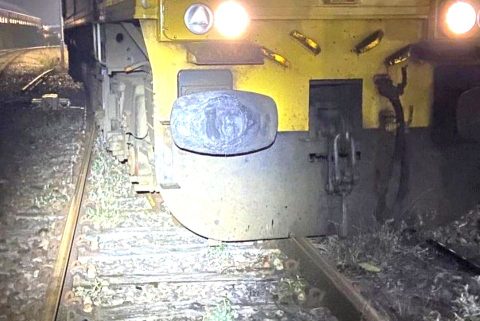 In the grand scheme of things, it was a minor derailment, but, as is often the case, it was a major headache for the network. Last week (15 March), a freight locomotive came off the rails at catch points on the edge of the depot at Eastleigh, Southampton. The resulting delays hit passenger and freight services and hit the headlines in the region.

According to local media, the catch point incident was the second freight derailment in under two weeks. A train came to grief in the depot on 7 March without interfering with mainline operations. Eastleigh lies a short distance north of Southampton and is an important junction, so any incident there has the potential to interfere with both busy passenger services and significant international freight traffic.

The more serious incident in 2020 left lines in and out of Southampton compromised. An intermodal service derailed while crossing Eastleigh station, just north of the port on the English south coast. The complex junction was disrupted and took weeks to repair.

South Western Railway, the passenger operator in the region, commented on the day. “Due to a low-speed derailment in a depot between Fareham and Eastleigh, the line towards Eastleigh is blocked. Train services running through these stations may be cancelled, delayed or revised. Disruption is expected until the end of the day.”

Network Rail also poster through their social media channels that they had closed some lines so that rerailing could take place safely. A picture released appears to show a class 66 diesel with the leading bogie off the tracks. Speaking to the BBC, Mark Killick, Network Rail’s route director for the region, said the train derailed on a set of points that are designed to stop a train if it passes a red signal.

No report has been published yet by the safety watchdog, the Rail Accident Investigation Branch.