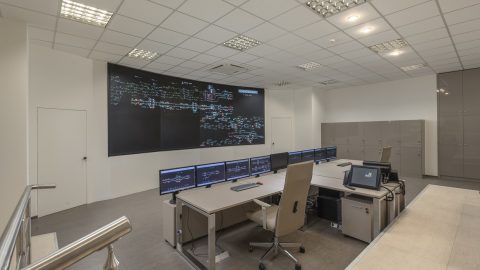 Railway networks and services in European countries experienced disruptions due to a signalling system malfunction. Trains in Italy and Poland saw some long delays on Friday 18 March, after a glitch disabled the digital control system in the two countries.

“It was no cyber attack”, commented Alstom on the event. The problem was detected and fixed by midday in Italy, while it lasted a bit longer in Poland, where the government issued a further investigation on the malfunction.

In Italy, Trenitalia, the state railway company, reported some significant disruptions along the Rome-Florence line, one of the country’s busiest railway segments. Trains faced delays up to two hours and cancellations, despite the issue being resolved relatively fast.

In Poland, the control system’s outage affected 19 out of 33 control centres, hindering traffic in around 820 kilometres of the railway network, as explained by PKP PLK’s director Miroslaw Skubiszynski. Since the outage was almost nationwide, many train services were cancelled on Friday.

French company Alstom, responsible for the digital systems deployed in Poland and Italy, clarified that the malfunctions did not result from a cyber attack. In contrast, they resulted from a computer glitch that affected operations worldwide and countries like India and Thailand.

The clarification distancing the events from a possible cyberattack comes at a time when the US Cybersecurity and Infrastructure Security Agency (CISA) cautions for increased threats of cyber attacks on the shipping and transport sector as a result of the Ukraine-Russia war. This might not be the case for the events in Italy and Poland; however, the industry should be prepared for such cases.