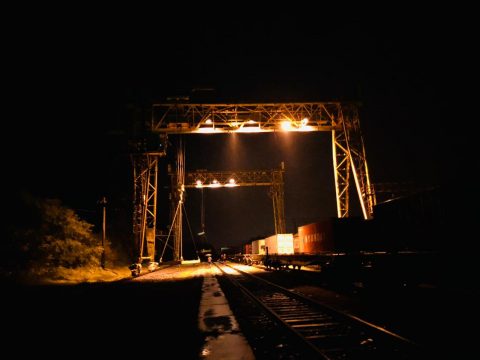 Ukraine counts on rail to increase export capacity to EU

Ukrainian Railways wants to double the capacity of border crossing with EU countries, in order to maintain its export capacity. Russia is blocking the main seaports of Ukraine, limiting its possibilities to export mainly agricultural goods to Europe. Rail freight could play an important role in continuing this export, the Ukrainian railway undertaking believes.

The company has set up a ‘working group’ for each border crossing with employees who must develop and implement measures to increase traffic through these points. It is also in negotiations with neighboring railway companies to increase the amount of traffic and speed up customs procedures.

According to Ukrainian Railways, a total of about 60 million tons of grain is exported from Ukraine every year, 95 per cent of which goes through the seaports. On the day of Russia’s invasion of the country, the port of Odessa was closed by the government. According to the company, only the ports of Izmail and Reni are now available for transhipment of cargo for export. In addition, only small amounts of cargo can be transhipped.

The railway organisation says that in the first eleven days of March a total of more than 100,000 tons of grain was transhipped in the country. That is 87 per cent less than in the same period of the previous year. In February, the amount of grain exported increased by 37.4 per cent compared to the same period the year before.

Ukraine and Russia together account for more than a quarter of the world’s wheat exports. With ports in Ukraine largely closed due to ongoing fighting, the country’s logistics have been thrown into disarray. Farmers also find it difficult to get onto the land to set up new crops. This creates shortages and increases wheat prices.

This article was originally written by Simone van der Lee and published on our sister publication Nieuwsblad Transport.