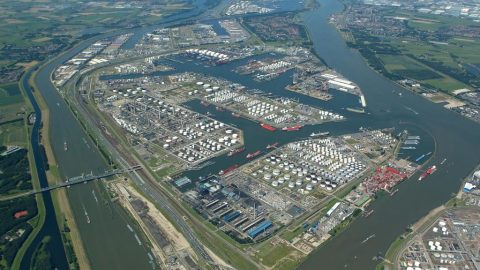 Dutch infrastructure manager ProRail has announced that it wants to focus on repair works at the Botlek yard in 2022 as part of the ‘Infra in order’ program. The works starting in early June will result in a ten-day shutdown of operations in Botlek and a four-day closure of Rotterdam’s harbour line.

With the ‘Infra in order’ program, ProRail aims to eliminate overdue rail infrastructure maintenance in the Rotterdam port area at an accelerated pace. At the beginning of June, the Dutch IM will start work to replace 21 rail switches, among other things.

“This will take place during a 243-hour shutdown, during which the main track of the port railway will also be out of service for 96 hours. A longer shutdown of the main track was also not possible, as the port railway is an important lifeline for the Dutch economy”, said Ben van Hooijdonk, project manager at ProRail. In total, ProRail wants to replace 28 switches and 3 level crossings by 2022.

In 2020, independent research agency CrisisLab published a report on the problems that ProRail had with the management of the Rotterdam port railway. The study outlines that there is an increasing maintenance backlog on the railway. ProRail made plans to improve the port’s railway infrastructure and increase accessibility in response to this.

2021 was the first year that ProRail attempted to catch up with outdated rail infrastructure. The IM has announced that 93 per cent of the work that should have been carried out on the Rotterdam port railway line in 2021 has been completed. It included the upgrade of 29 switches, 50 level crossings and 10 kilometres of track. According to Ben van Hooijdonk, this is a good percentage.

“All this work came on top of the regular maintenance work that had been planned long in advance. That meant a lot of extra planning work for us when we were out of service”, he says. Seven per cent of the remaining planned work will be carried out this year. “It concerns smaller work that could not be realised before for various reasons”, said Van Hooijdonk.