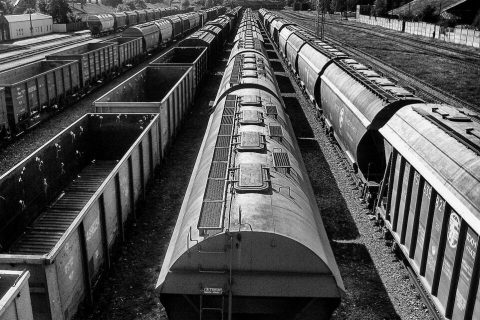 Latvian Railways investments leave rail freight out of the picture

Latvian Railways have released a long-term development strategy making clear that rail will be the backbone of the country’s transport sector. The Baltic country’s approach includes several projects; however, it does not leave much space for rail freight since it mainly focuses on passenger trains.

“We want to build a sustainable and integrated transport system that promotes passenger and freight mobility,” state the Latvian Railways. Indeed with their long-term planning, they aim to use as much rail as possible and invest in projects that focus on safety, train speed, traffic optimisation, modernisation, and construction of train stations.

Despite the ambitious plans and the references to the EU’s Green Deal and the European green transport goals in general, Latvian Railways fail to find a place for rail freight in their strategy. With the Baltic countries increasingly becoming important for cargo flows between the east and the west and Scandinavia, shouldn’t rail freight have a more prominent position in the country’s investment planning?

Nevertheless, a positive development that Latvian Railways will bring forth is the intensive work on electrifying its whole network and modernising the already electrified parts. In the previous years, say the Latvian Railways, “electrification of the Riga-Krustpils-Rēzekne-Daugavpils railway, which was intensively used for freight transport was at the forefront. Now that the focus is on passenger transport and in compliance with environmental requirements, the goal is to replace the obsolete 3.3kV overhead lines installed more than 50-60 years ago with 25kV lines”.

On top of that, the state company wants to expand electrification in other parts of its network, like the Zasulauks-Bolderāja section. As the company itself stated, its focus is now clearly on passenger transport, with rail freight being, more or less, left out. Even in this case, freight transport could still benefit from the electrified lines since they will result in more sustainable and faster trains.

Still a long way to go for freight

One could argue that a state rail company excluding rail freight from future strategies is wrong and backwards, especially since the EU has argued that rail freight is a crucial component of its green plans and since more and more companies are trying to involve it in their network and supply chain.

Nevertheless, Latvia is a country that is gradually developing this part of its transport network, and there is still much space both for mistakes and improvements. For instance, it wasn’t until June 2021 that Latvian Railways introduced intermodal and combined transport in their network for the first time. Understandably, and in this context, it is clear that there is still space for rail freight to grow in the country and acquire the proper position in its growth strategies. Hopefully, regional projects like Rail Baltica and the growth of neighbouring countries will also contribute to that.