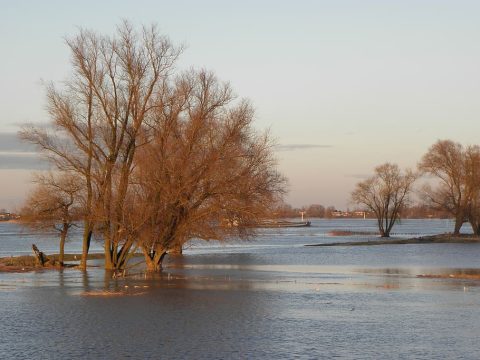 Floods cause shut down all railway lines port of Vancouver

Floods on the west coast of Canada have cut all rail freight traffic to and from the port of Vancouver, the largest port of the country. Two days of torrential rain across the province of British Columbia caused major flooding and shut the vital rail routes since Tuesday 16 November. This was reported by Reuters.

It is unclear when the port’s arteries will be reopened again, but according to media reports this could take weeks. The lines are operated by by Canadian Pacific (CP) Rail and Canadian National (CN) Railway, Canada’s two biggest rail companies.

“CP’s operations between Spences Bridge and Falls Creek, B.C., remain suspended following heavy rains that have resulted in multiple track outages”, the railway company stated. “CP has deployed crews and equipment to the region, and CP engineering teams are working to repair the damaged rail corridor as quickly as possible where safe to do so. There is no time estimate for when service will resume.”

No grain from Canada

Vancouver’s port moves C$550 million (388,57 euros) worth of cargo per day, ranging from automobiles and finished goods to essential commodities.

The timing of the disruption is particularly unfortunate for the grain industry, which is now reaping the fruits of harvest. The floods temporarily shut down much of the movement of wheat and canola from Canada, which is one of the world’s biggest grain exporters.

However, the harvest this year is relatively small due to drought. This means a rail disruption of a few days may not create a significant backlog, a grain industry source told Reuters.

According to Leader Post, CP Rail is looking to divert shipping traffic via Portland, in the US state of Oregon. However, Washington State is also impacted by heavy rainfall, and floodwaters from the Nooksack River have poured across the Canada-U.S. border into the Fraser Valley.