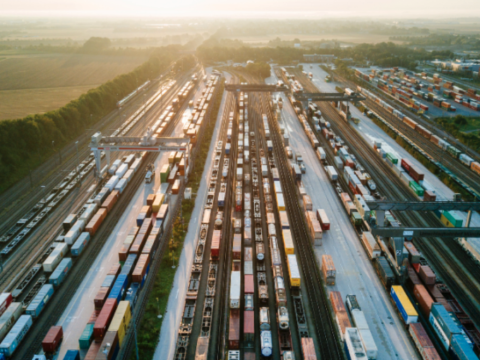 Another train leaving Helsinki to China, this time to Zhengzhou

Nurminen Logistics has launched another rail freight service between Finland and China. This month, it will launch the first eastbound train to Zhengzhou from Helsinki. The same service will also run westwards, with the first departure scheduled on 20 December.

The Finnish logistics company aims to make Helsinki a new gateway on the New Silk Road, and it is well on its way of realising this. This year, it launched connections with Suzhou, Jinan and Jiaozhou, while it already provides services to Chongqing and Hefei. What is more, it is successfully organising eastbound as well as westbound services, attributing to a better balance between the traffic flows.

The new connection connects with another well-known hub in China. Zhengzhou is the capital of Henan Province in the central part of China and a major hub of China’s national transportation network, with railways connecting Zhengzhou to Europe.

Helsinki as a hub

The reason why Helsinki is chosen for many of the train connections is not surprising. Helsinki is a port as well as a rail freight hub. “The railway ends in the port, and the cargo is easily loaded off the train, on the ship. There are no additional procedures needed. This not only saves time and money, but also keeps the cargo safe. The more the cargo is moved, the higher the risk of damages becomes”, explained Olga Stephanova from Nurminen a while ago in RailFreight Live.

The company is further tapping into the potential of the location by pointing out the congestion on other routes. With this, it not only hints towards the congested border between Poland and Belarus and even the enclave of Kaliningrad, but also congestion in other European ports as Rotterdam and Hamburg. “During the biggest sales season of the year, products are now transported by train to Finnish ports”, the company notes. “On the line between Finland and Moscow, the track gauge remains the same and there is hardly any congestion.”