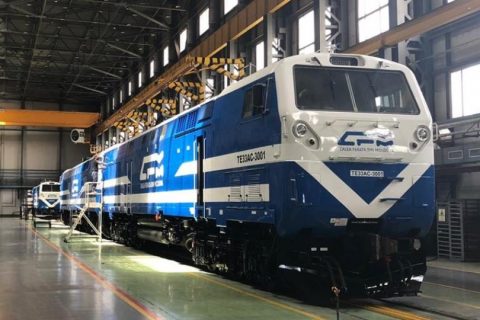 Calea Ferată din Moldova (CFM-Moldova Railways) agreed on a 23,5 million euros loan that will be used for rail infrastructure upgrades in the country. The funding is provided by the European Bank for Reconstruction and Development (EBRD) and belongs to a series of investments in the Eastern European country.

The rail investment in Moldova is part of an overall 1,4 billion euros funding, backed by EBRD and focusing on 146 projects. CFM will utilise the money by modernising the infrastructure on the Bender-Causeni-Basarabeasca-Etulia-Giurgiulesti section, “the busiest railway segment in the country that ensures the transit of goods from and to Romania and Ukraine,” explained Spînu.

As mentioned above, EU backed investments in Moldova are not new. Since summer 2020, CFM has received a generous amount of funding targeting the modernisation of its locomotive fleet. Specifically, CFM had acquired 12 modern diesel locomotives built in Kazakhstan to boost its export business.

Back in the day, Adrian Onceanu, interim general director at CFM, had underlined the importance of new equipment since many of the company’s locomotives date back to the 1970s. “The new locomotives will ensure better and safer transport. They are part of a wider initiative to modernise the railways, which includes a more efficient and commercial way of separating passenger and freight operations, improving procurement procedures and introducing a new energy management system,” he said.