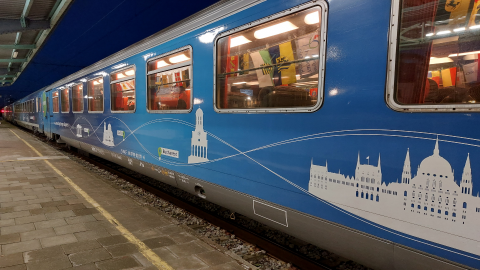 What did we learn from the Connecting Europe Express?

The Connecting Europe Express has reached Paris, its final destination, after travelling for 36 days and crossing 26 countries and 33 borders. The emblematic initiative to celebrate the European Year of Rail has been unanimously crucial in showcasing rail’s benefits. What lessons did we learn from it?

“The Connecting Europe Express has been a rolling laboratory, revealing in real-time the many achievements of our Single European Rail Area and our TEN-T network to allow for seamless travel across our Union,” said Adina Valean, transport commissioner.

As RailFreight.com, we also onboarded the train on its trip between Amsterdam and Luxembourg. We came across different opinions during our journey, but also a consensus concerning one fact: that rail freight transport is essential, but there are still many things that need to improve immediately.

Fundamental pillars for the future