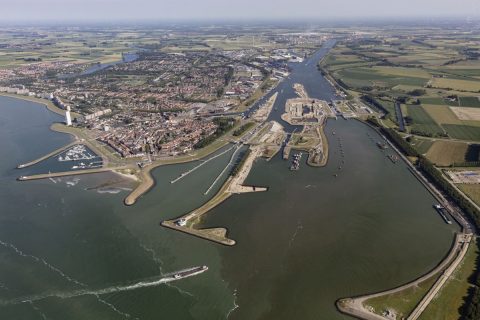 North Sea Port and Infrabel are jointly launching Railconnect, a port rail team with representatives from both to encourage more use of rail. The port currently knows a modal split of 10 per cent for rail in its hinterland transportation. This should be 15 per cent by 2030.

A letter of intent was signed by the two parties this morning, Thursday 7 October. This was done in the company of the federal minister of Mobility Georges Gilkinet. It fits entirely within the national aim of doubling the share of rail freight by 2030.

Mapping out the needs

North Sea Port and Infrabel will jointly map out the rail needs in the short, medium and long term in the Ghent part of the port area. In which bundles do tracks need to be added or extended, where is electrification appropriate or where is there a need for automatically operated points and automatic signals?

They will also investigate how the infrastructure can be operated as optimally and efficiently as possible based on the needs of rail customers. In addition, they will examine whether it is possible to work in a simpler and more flexible way within the port area with regards to pricing and train operations, such as the more efficient management of rail traffic.

Furthermore, an adjusted parking policy should enable more efficient rail traffic. For example, trainsets do not need to be parked in the most used rail bundles for days or weeks. Trains should always be received and composed on these bundles. Specific measures are also being investigated for the port rail network across the Belgian-Dutch border in the port area.

The minister pointed out that doubling rail freight volumes is not only good for the environment, but also for employment, mobility and road safety. Furthermore, it is good for the economy. “Every euro invested in the railways yields three euros.”

He continued: “This is therefore a good time for the federal government to invest further in the railways. The train connects people, connects the ports in the north of our country with factories in Wallonia and Southern Europe and makes the connection between rail and sea shipping, between Infrabel and the North Sea Port for more sustainable transport.

North Sea Port is currently looking into several green technologies to further decarbonise rail freight. A large part of the tracks in the port are non-electrified, and used by diesel locomotives. Electrification of the railways is on the agenda, as well as the use of green hydrogen for rail transport, in particular a carbon neutral ‘first and last mile’ operation.

During the working visit, BeHydro, a collaboration between the Ghent train engine manufacturer Anglo Belgian Corporation (ABC) and CMB, talked of a demonstration project of a hydrogen train, together with JOHN COCKERILL, locomotive constructor from Liège.