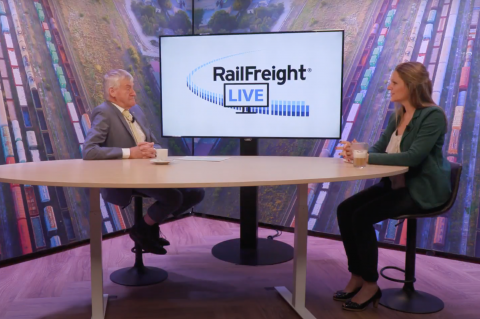 ‘EU Year of Rail not extended, but one year definitely not enough’

The European Year of Rail will not be extended. This idea was proposed by Eu rail associations CER, EIM and UNIFE, considering the impact of the pandemic on the activities. However, there is already a new theme lined up for 2022, so an extension is simply not possible, explained Wim van der Camp, ambassador of the EU Year of Rail.

‘It can still be successful’

If you ask the former EU member of Parliament, the EU Year of Rail still has the potential to be recorded as a success. “Yes, we have been limited in our activities due to the pandemic, especially in Spring. But there are many activities lined up this September and October. I think the EU Year of Rail will be successful”, he said.

Indeed, the flagship event of the thematic year – the Europe Connectivity Train – is now officially on the road. Although it was originally scheduled to depart in June, it is expected to roll into all stations that are on the map, and related to these departures are many events. For rail freight, most important is the event in Bettembourg on 5 October.

According to the EU rail associations that requested for an extension, the pandemic has weighed heavily on the success of the EU Year of Rail. In April, they noted that the pandemic hindered the full potential it could have had.

This was mostly due to the inability to organise events, the associations explained at that time. Events that did take place but went digital may not deploy its full potential, they believed. “However, these activities are necessary to showcase the benefits of investments in physical and digital rail infrastructure for the society and the economy.”

One year not enough

Van der Camp acknowledged that one year is definitely not enough to meet all the challenges the railway industry is facing, and hence, he hopes for inspiration. “By national governments and the EU, but also by the market players. The results of this year should be seen beyond 2021.”

According to him, the EU Year of Rail has resulted in a better connection between government and the market. This was needed, because “national governments are not always really involved with the small, technical cross border issues the rail freight sector is facing. If the market can toughen up a little, be a bit more confident, then the results of the EU Year of Rail can be marvelous”, he said.

“The market needs to inspire the public sector by saying: these are our problems, these are our solutions. Please give us lawmaking and money to solve the challenges. But, I see that the European Year of Rail is connecting these parties in a better and faster way. And this is good, because I think the railway sector, and especially the rail freight sector, can speed up a little bit.”

There is however one serious challenge though, and that is the fact that the rail freight industry is lagging behind, in terms of speed but also in terms of focus. The European Year of Rail is a lot about passengers, a very little about freight, is an often heard criticism.

“This is right, this is a balance that should be restored. The EU Year of Rail is not just about passengers, it is also about the transport of goods”, said van der Camp. “It is very much connected to the Thalys, the ICE and other international routes. This gets the youth connected to the EU of Rail, because it is a very nice trigger to get onto the train.

“But we have to take care. Because for sustainable transport in connection with the Green Deal, we need the rail freight sector. We need more people from within the rail freight industry who can inspire the governments, and tell them what solutions they require. Take the aviation industry as an example: look at what they did with all this state aid. In this regard, 2020-2021 can also be seen as a positive period.”

You can watch this show at 1pm CEST today.