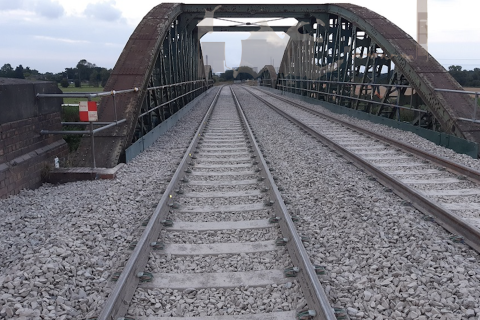 The UK infrastructure management agency Network Rail has completed major bridge improvements on a line that carries biomass supply trains to Britain’s critical Drax power station in North Yorkshire. The critical works have been completed just as power supplies from abroad have come under severe pressure to the UK. Keeping the Aire Bridge structure secure will keep trains running and contribute to keeping the lights on around Britain.

Network Rail has spent a planned ten days upgrading, repairing and strengthening Aire Bridge in North Yorkshire. During the blockade, work was to install a new waterproofing system, strengthen the steelwork and renew over 100 metres of track. Collaboration with the local community, industry partners and customers, and operators made the work possible.

The 2.1 million pound (2.35 million euros) project will, according to Network Rail, improve reliability for around 100 freight services transporting materials to and from Drax Power Station on average each week, involving multiple operators. The iconic industrial complex, visible from the East Coast Main Line, has been converted from a coal-fired electricity generating station into a biomass burner over the past decade. The supply of biomass, both domestic and overseas wood by-products, involves an intensive timetable of rail freight deliveries, which depend on the Aire Bridge route to reach the station.

During the 10-day blockade, which ended on 6 September, Network Rail staff replaced more than 100 metres of track so that a new waterproofing and drainage system with a reinforced concrete slab could be installed. It also installed new rail, sleepers and ballast, while works also focused on strengthening the steel structure. Network Rail said this work should reduce the amount of maintenance work needed in the future. “These repairs mean that rainwater can now drain more effectively, reducing the likelihood of future structural damage and allowing freight trains to transport biomass to and from Drax Power Station more reliably”, said their statement.

Drax was famously isolated during extensive winter flooding in late 2019 and early 2020. Dramatic pictures of the station showed the line embankment rising above the flooded countryside. At that time, the route proved resilient but needed forensic inspection and planning to future proof it against increasingly severe storm events.

“I’d like to say a huge thank you to local residents and our colleagues at Drax Power Station for their patience and collaboration while we completed these essential repairs”, said Matt Rice, Route Director for Network Rail’s North & East Route. “By strengthening the bridge, we can reduce the number of delays caused by future maintenance work and therefore deliver an improved service for our freight customers and the communities they serve.”

Combination of challenges and a catastrophic fire

Aire Bridge is a 65-metre long structure carrying tracks over the River Aire to the power station, which supplies around 12 per cent of the UK’s renewable electricity. “Drax Power Station is the UK’s biggest renewable power generator, providing enough green energy for four million homes in the first half of this year”, said Mark Gibbens, Drax Group’s Head of Logistics. “Network Rail’s work to strengthen the bridge makes our global sustainable biomass supply chain more resilient, ensuring millions of homes and businesses can rely on the renewable power Drax generates.”

The work has been completed as Britain’s power generation capacity has been hit by concurrent challenges. Vast global demand for natural gas has heated up demand and sharply hiked prices, which economists say will affect all aspects of the national economy. The effects on the rail freight sector have yet to unwind, but no commentators are predicting a positive outcome. 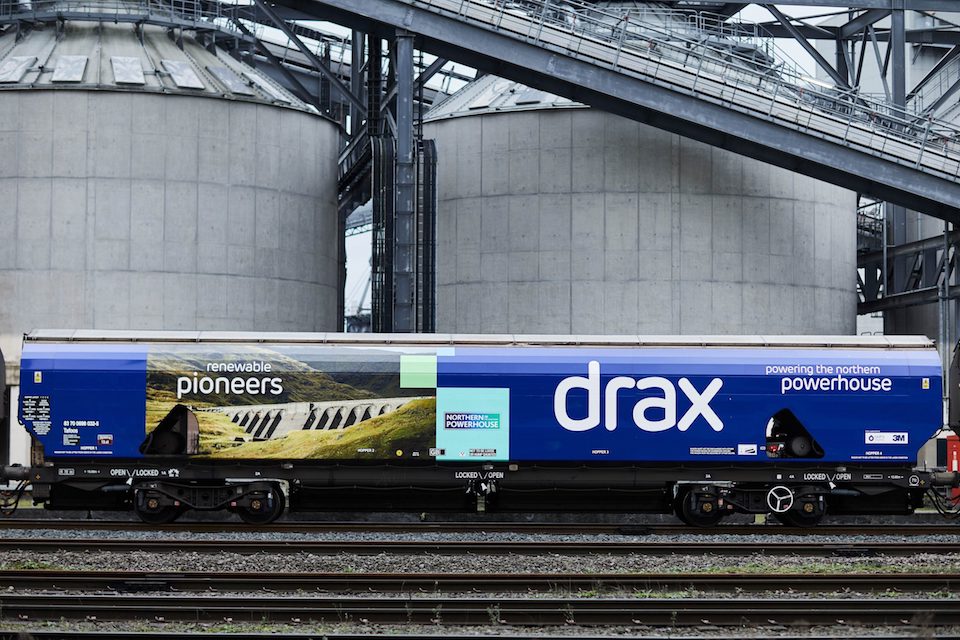 Rail freight will be even more critical to the UK energy supply chain in the coming months. At an installation in Kent, southeast England, a catastrophic fire has knocked out the electrical supply interconnector. That means electricity from continental Europe – mainly French nuclear stations, cannot be relied upon. As yet, there’s no danger of blackouts but, as at least one UK government advisor has pointed out, in a vague reference to a popular TV fantasy drama … “winter is coming”.