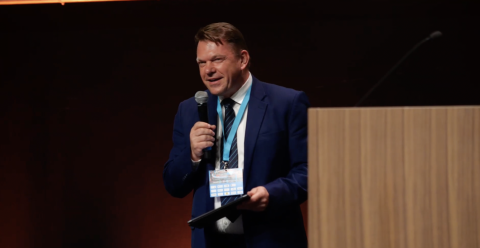 Does Ukraine have the key to more rail freight flows?

Are rail freight possibilities in Ukraine higher than most people expect? The country is frequently conceived as a missing link for European and Eurasian rail freight transport, but this view does not seem to meet the reality.

For Edvins Berzins, CEO of Win Win Transport Solutions, Ukraine seems to meet all the prerequisites to become a reliable and high-performing transit country. “All it needs is specific and transparent rules, and the business sector will follow”, he stated during the RailFreight Summit in Lodz.

On the other hand, Iryna Koshel and Larysa Nazarenko from the reform support team of the Ukrainian Ministry of Infrastructure appeared to have the needed solutions in hand. According to them, rail in Ukraine will experience massive developments that will lead to modernised processes and an open and more accessible market.

First and foremost, Ukraine seems to be a misunderstood rail freight market. Berzins underlined that he disagrees with the idea that the country is a missing rail freight link. That is so because the country has an extensive railway network accounting for 19,8 thousand kilometres of tracks, almost half of which (47,4 per cent) is electrified. 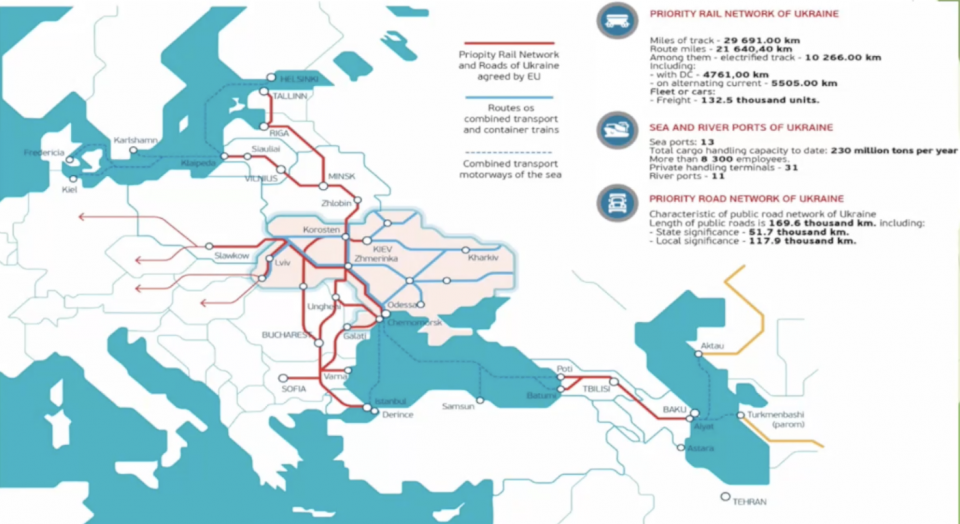 Moreover, the country already facilitates intercontinental rail transport “functioning as a bridge between Europe, Asia and even America”, he stressed. It is part of many corridors, including Pan-European transport corridors, the Organisation for Cooperation of Railways corridors, the extended TEN-T network and the Transport Corridor Europe-Caucasus-Asia (TRASECA). So why is it still considered as a rail transport gap?

Need for a new business framework

Berzins identified the lack of trust due to unspecified business rules to be the main issue. He explicitly mentioned that “for many years there have been so many discussions around Ukrainian rail freight but no clear focus to business”. Specifically, he explained that the industry knows how to move in the right direction and only needs the right background to do so. And what is that background? The proper legal framework that will allow the private rail sector to flourish.

As he emphasised, most rail-related investments in the country currently are made by private investors. These include dry ports, infrastructure but also numerous terminals at the Polish-Ukrainian border. More is about to come as long as the government creates the needed conditions. As Berzins concluded, “the private companies know how to do their business in all directions”.

Ukraine has the answer

The Ukrainian Ministry of Infrastructure seems to share the same perspective with Berzins. Specifically, it is working on a railway market liberalisation project that could leverage the developments mentioned above. In simple words, the Ukrainian government is currently undertaking a reform project that will make the country’s railway market more accessible for private companies and compatible with the EU Member States.

Iryna Koshel and Larysa Nazarenko explained during the RailFreight Summit in Lodz that Ukraine is taking steps towards a new railway market model that focuses on the following developments:

As the two highlighted, “rail will be used as an enhancer of the internal market and as a sustainable and clean transport mode”.