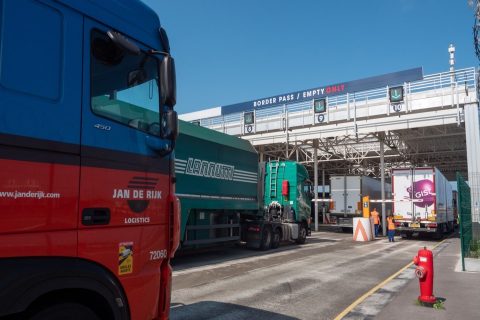 Starting Saturday 18 September, a new service will be available across the Channel Tunnel. Operator GetLink will launch a new freight service, allowing unaccompanied trailers to cross between the UK and mainland Europe by train.

According to the company, the new cross-Channel freight service will be open to all transporters, using an unaccompanied mode through the Channel Tunnel. The service will benefit from Getlink’s unique customs expertise for the passage through the border.

Britain’s heavy goods vehicle (HGV) driver shortage has been exacerbated by cross-Channel issues. Drivers delayed at the crossings have been unavailable for long-distance journeys. Rail freight has been much discussed as an immediate answer to the logistics challenges.

While there are several operators planning to run domestic services, and existing operators are planning longer and heavier trains, none of these solutions solve the cross-Channel crisis. GetLink has come up with a solution, which they can implement from tomorrow.

Unaccompanied trailers remove the need for truck drivers to cross between the UK and Europe. Drivers are increasingly displeased at finding themselves tied to their loads during the increasingly complex and lengthy customs and border checks.

The new unaccompanied crossing will be managed by Eurotunnel Le Shuttle Freight and will operate 24 hours a day and six days per week. Departures will be from the Group’s two terminals in Calais and Folkestone. The capacity will be 8,300 trailers per year.

The service will complement the company’s award-winning Eurotunnel Border Pass, which helps transporters to speed up the border crossing by digitising their administrative exchanges with the border authorities. Since the opening of the service on 1 January, 2021 as part of the measures to handle Brexit, more than 300,000 Eurotunnel Border Passes have been used by freight drivers transiting to and from Great Britain using the Channel Tunnel.

This service, unique to the undersea cross-Channel route, makes it possible to exchange information necessary for the passage of goods from the carrier, via digital communications to the authorities of both the two countries, in a rapid and secure manner. The driver does not need to get out of the truck when crossing the border, or even to present a document when arriving on site as the license plate of the truck, included in the Pass, is recognised upon arrival at the terminal.

UK import regulations are set to be introduced from January 2022, although the UK government may not fully implement them immediately. Whatever the regime, there will still be the issue of drivers from the UK being lost to domestic duties for days – sometimes weeks – at a time. The unaccompanied option avoids much of that problem.

GetLink say this new rail service will emit 40 times less CO2 than ferries, and will enable customers to decarbonise their logistic chain by choosing rail. The modal shift also contributes to the French government’s objectives of doubling the share of rail in freight transport by 2030 and to UK government plans to decarbonise freight set out in the Green Industrial Revolution plan.