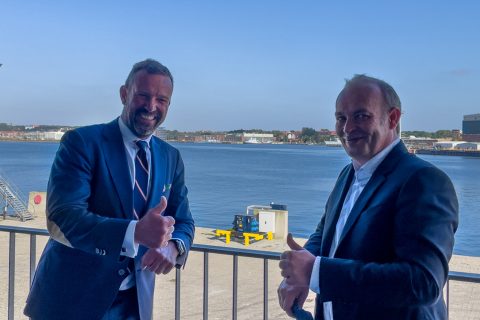 Port of Kiel: route via Megahub Lehrte pays off in more capacity

Since the beginning of September, five new train pairs have been running from the German port of Kiel to Verona in northern Italy, via MegaHub Lehrte. It is the transhipment in Hannover that brings the novelty here, and this pays off, says the German port on the Baltic Sea.

“The new connection via Hanover Lehrte gives us the capacity that is needed for an even greater shift of hinterland transport from road to rail”, said Dirk Claus, managing director at the Port of Kiel on the occasion of the first train departure from Schwedenkai, on the westside of the harbour. At the Lehrte fast transhipment facility, the freight units are also connected to Duisburg, Munich and Ludwigshafen. Moreover, in the port of Kiel there are transhipment options to other Baltic states.

“What is new in Kiel is that the trains to and from Italy – just like the existing CT shuttle to and from Hamburg – now also have a direct connection to the Ostuferhafen in addition to the Schwedenkai, thus also offering direct options for onward transhipment to the Baltic States as well as to the Swedish south and east coasts”, explains Peter Dannewitz, head of sales at operator Kombiverkehr.

“The Lehrte MegaHub enables us both to expand the connections between Italy and the Baltic region and to offer additional national transfer options to and from Kiel. The port of Kiel also offers great potential for the further expansion of efficient rail connections.” 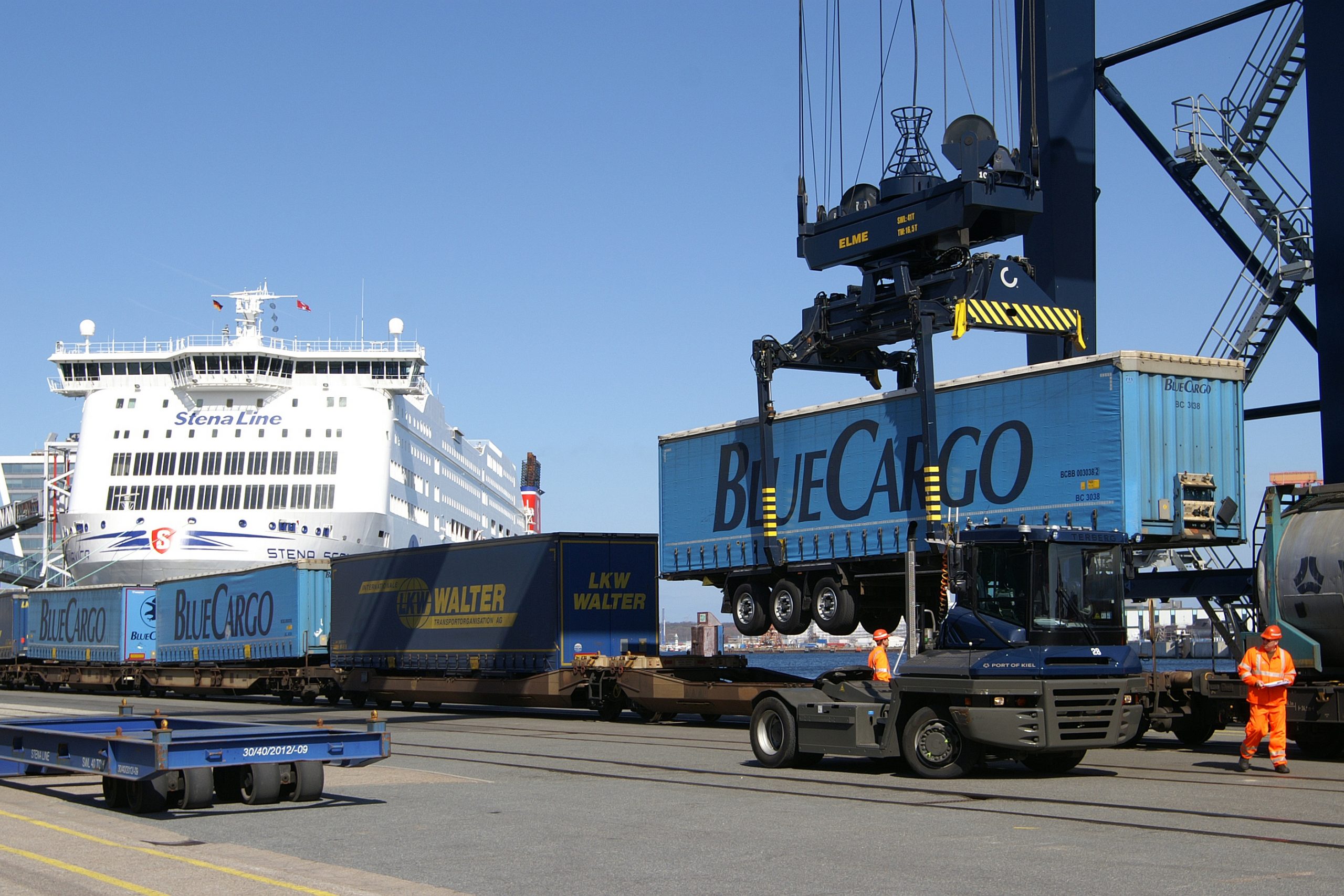 The five additional train pairs have a length of 540 metre approved for Alpine transit via the Brenner Pass and each have 20 wagons for the transport of 20 trailers and 20 containers up to 30 feet. The trains leave Kiel in the evening so that loading units in Lehrte can still change over to further destinations during the night.

In the opposite direction, containers and trailers from the various routes and the Hanover/Braunschweig economic area are loaded in Lehrte and then shipped on via Kiel to Norway, Sweden and the Baltic States. The shipping companies of Stena Line (to Gothenburg), Color Line (to Oslo) and DFDS (to Klaipeda) offer daily ferry departures from Kiel. In addition, there are two round trips a week with SCA Logistics to the Swedish south and east coasts (to Malmö and Sundsvall and to Umea and Iggesund respectively).

The port of Kiel is registering a steadily growing number of unaccompanied cargo units loaded with the ferries. Thanks to the connection via Lehrte, the pre- and onward carriage can now be conducted to an even greater extent by rail and thus in a more sustainable manner.

Compared to transport via the motorways, rail freight transport reduces emissions of the greenhouse gas carbon dioxide (CO2) by an average of 57 grams per tonne-kilometre during the pre- and onward carriage to and from the port. On the Kiel – Verona route, this saves about 1.4 tonnes of CO2 per cargo unit with a load weight of 25 tonnes.

Dirk Claus: “Shifting traffic to rail is a declared goal of our Blue Port strategy and supports the efforts of the shipping industry towards more sustainability in transport. The new trains can save up to 28,000 tonnes of CO2 per year.”

Kiel is already connected to Kombiverkehr’s national and European network in intermodal transport with the weekday CT shuttle via Hamburg-Billwerder. In addition, there are three direct departures per week and direction from and to Bettemburg in Luxembourg. On the route to and from Italy, there is now a total of six weekly connections to choose from, five of which going via Hanover Lehrte.

Every year, more than 100,000 unaccompanied trailers and containers are handled in the port of Kiel. About a third of these are already transported by rail in the port’s hinterland. The connection via the MegaHub Lehrte is set to create capacities for the transport of 20,000 additional freight units. 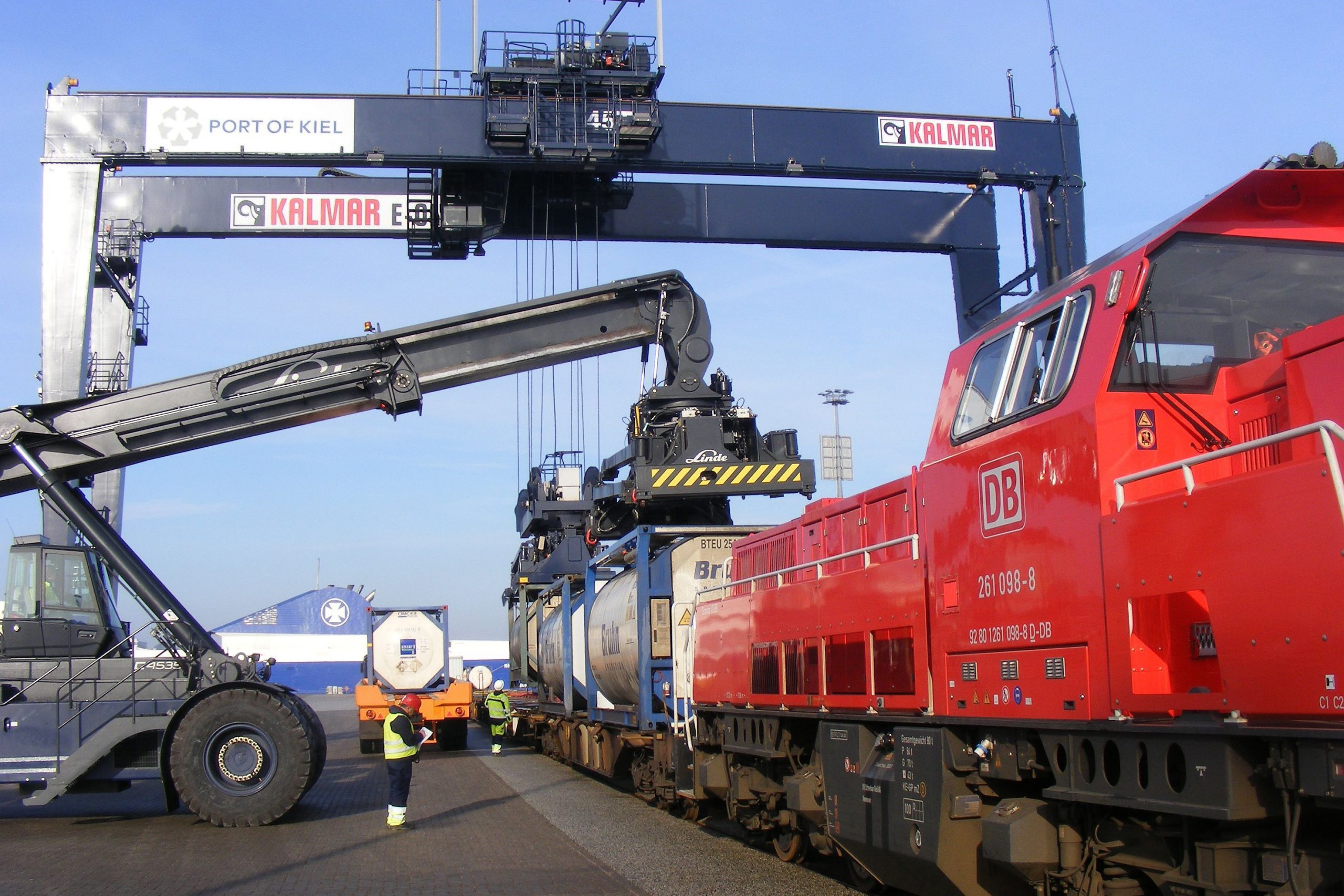