The opening of the Liege-Bomal line practically means that traffic between Belgium and Luxemburg can return to normal. Other lines will take longer until being functional again, with the latest deadline set on 30 August. For instance, the Beauraing-Anseremme line will open on 9 August, while the Anseremme-Dinant line will open on 16 August.

On the other hand, the Gembloux-Ottignies and Pepinster-Spa routes will reopen on 30 August. For the Gembloux-Ottignies route, this is a significant delay since it was supposed to open again on 9 August. However, more damage occurring from excess rainfall during the 24-25 July weekend resulted in prolonged reconstruction works. The same applies to the Dinant-Namur line that will have to wait until 16 August to receive trains again.

For the other lines that are operational this week, the reconstruction plans were right on time. However, it was not possible to fully restore traffic in all routes. For instance, in the route between Gembloux and Saint-Joris-Weert, trains run on a single track from Wavre onwards. 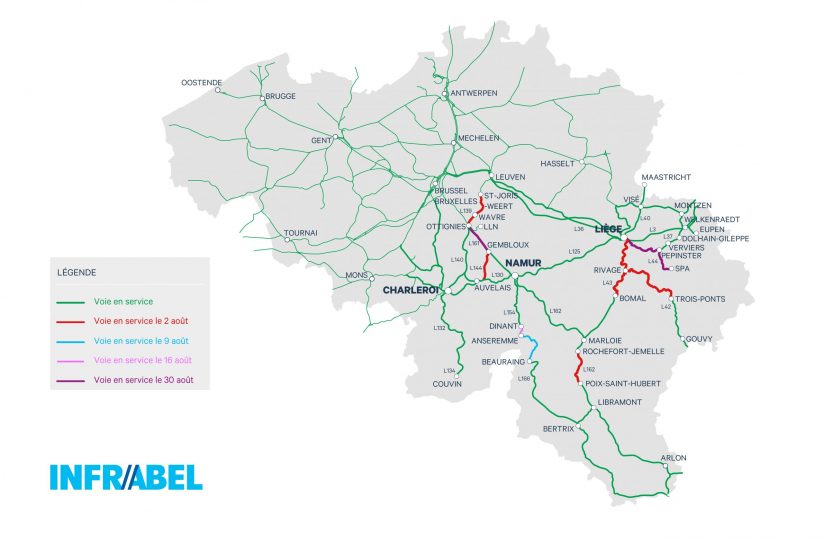