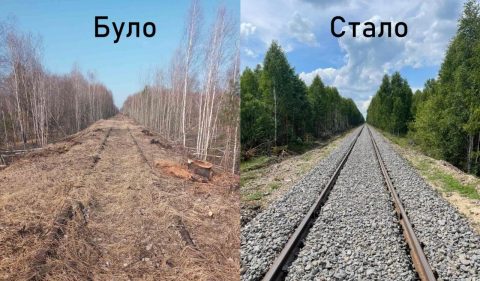 Ukrainian Railways has completed the reconstruction of the track between Vilcha and Yaniv stations, which connects the Chernobyl exclusion zone with the main railway network. It connects to a storage facility of spent nuclear fuel of Energoatom, the state’s nuclear plant owner, and will be used to transport the nuclear waste. By July 20, the first test train will run on the track with a simulator of a container. This was announced by Chairman of the Board of the Ukrainian Railways Ivan Yuryk.

The railway in Chernobyl has not been in use since the 1986 catastrophe at the Chernobyl Nuclear Power Plant. The exclusion zone lies around one hundred kilometres north of the capital Kyiv, and is now reconnected to the country’s main rail network.

Five months ago, the Cabinet of Ministers of Ukraine transferred property of the Vilcha – Yaniv railway section to the fixed assets of Energoatom. They promptly held talks with Ukrainian Railways, which served as a contractor for  laying the railway track.

Mykola Bozhko, General Director of Atom project engineering: “Currently, work is underway to collect and remove the remains of plants and shrubs from which the track was cleared.” He added: “By July 20, the first test special train will be run to the CSFSF with a simulator of a container with spent nuclear fuel.” 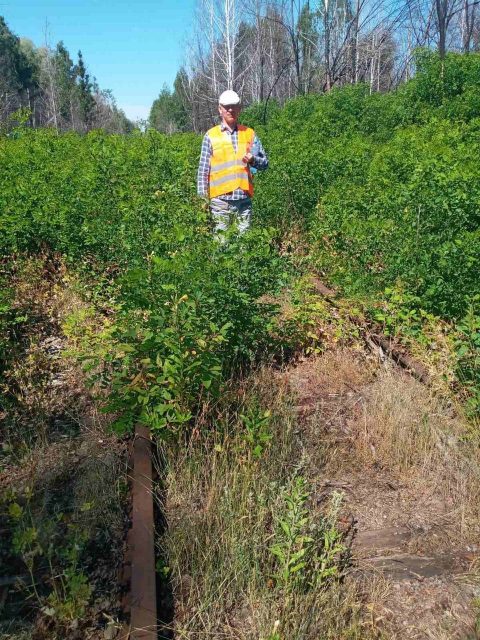 In the near future, spent nuclear fuel will be delivered via the railway from three nuclear power plants: Rivne, Khmelnytsky and South-Ukrainian, which will be stored there for the next hundred years.

One month of works

According to Ivan Yuryk, the head of Ukrainian Railways, all works were completed in record time. “In June, we won the tender and signed an agreement with Energoatom for the reconstruction of this site. We understood the importance of the project for the country, so all the work was done in record time – in one month”.

During the works, 95 railway workers and the necessary track equipment were involved. All works on the site were performed in accordance with the Rules of Radiation Safety during the works in the exclusion zone and the zone of unconditional (compulsory) resettlement, approved by the order of the Ministry of Health of Ukraine.