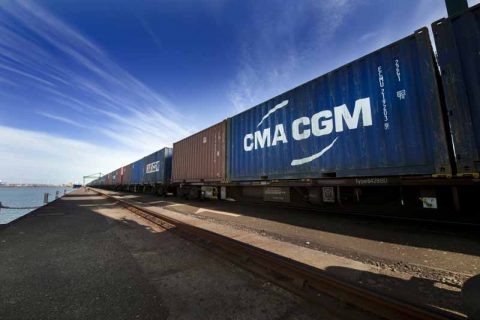 CMA CGM now has its own rail operator in Spain

The purchase of Continental Rail’s shares was signed on 30 June. The agreement involves CCIS, the inland transport branch of CMA CGM and However, the transaction will complete during Q3 of 2021. The total cost of the share transfer is approximately 25 million euros.

CMA CGM is a well-known player in the container transport market. It is specialised in maritime transport, but it’s equally competitive when it comes to intermodal transportation. The decision to acquire a rail operator in Spain targets to strengthen its intermodal profile even more. Specifically, Continental Rail specialises in rail connections between major Spanish ports. Consequently, the preexisting network with direct access to seaports was the most enticing factor for this development.

“Continental Rail represents a major new component of the CMA CGM Group’s inland strategy, in both operational and commercial terms. This expansion is a new milestone intending to provide our customers with better ways through a range of services covering both shipping and logistics,” commented Christine Cabau-Woehrel, executive vice president of industrial assets and operations of the CMA CGM Group.

The presence of big shipping companies like CMA CGM and Cosco in Spain seems to play a significant role in increasing the country’s rail freight activity. On behalf of CMA CGM, this is visible with the acquisition of a rial operator that will become an integral part of its activities.

On the other hand, when it comes to Cosco, the company is on a trajectory of connecting its terminals in the Iberian peninsula using rail exclusively. Recently, the company announced the setting up of a new connection between the port of Valencia and Zaragoza. The new link provides Zaragoza with access to maritime transport through Valencia, but it also functions as a key for further expansion towards the Spanish north. More specifically, in the long term, Cosco wants to use Zaragoza to connect the ports of Bilbao and Valencia, in both of which Cosco owns terminals.