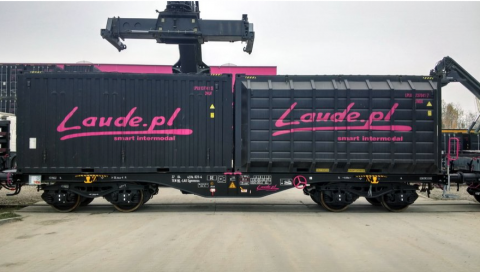 Soon to be spotted: Russian wagons on EU railways

The Russian manufacturer of freight cars, United Wagon, has obtained approval to operate two of its wagons on the European railway network. It concerns the Sggrs(s) 80’ six-axle and Sgmmns 40’ four-axle flat car. Approval was issued by the European Union Agency for Railways (ERA), which allows operation of the railcars on European railway network according to Directive (EU) 2016/797.

According to United Wagon, it is the first time in modern Russian history that a domestic freight car will be operated in Europe on a gauge of 1,435 mm. The gauge width of Europe and Russia differ; Russia and also the other CIS countries have a railway network with broad gauge (1,520 mm). Wagons need to have different specifications in order to operate on such a network. More than a thousand wagons will be delivered to European countries.

The European Regulator issued the permit based on the results of freight car testing, production audit and series of certification tests for compliance with TSI, organized by the Czech Railway Research Institute (VUZ), an authorised certification body accredited by the European Union Agency for Railways. Russia-made flat cars designed to transport heavyweight containers in European countries have passed successfully the strength tests for static load and impact, stationary and in-motion brake tests, dynamic and strength testing in motion, and noise impact tests.

The flat cars have been developed by the UWC’s engineering centre and are manufactured at the Tikhvin production site. Thanks to its articulated structure, Sggrs(s) 80’ flat car has a load capacity of 108 t and allows transportation of variously sized containers with a gross weight of up to 40 tonnes.

The Sgmmns 40’ flat car features improved technical specifications compared to similar cars currently available on the European market, such as smaller tare weight of 15.5 t (compared with tare weights of 16 t and higher for its common counterparts). The flat car has a load capacity of 74.5 t and measures 40 feet in length. Both railcars are equipped with bogies with an axle load of 22.5 t fit for operation on the 1,435-mm track gauge.

Hello from England,
Always great to read the latest international rail freight news, and so well reported.
I must however point out that the Russian broad gauge is actually 1520, sometimes given as 1524, but not as stated in the article above about Russian wagons passed for use in Europe. You are probably thinking of the Iberian gauge.
Meanwhile, please keep up the good work and thanks for a most informative and wide ranging regular read. Thank you!
Kind regards,
Paul Kneller CMILT