The Istanbul-Tehran-Islamabad train project would begin operations on 4 March, but the first trip was cancelled multiple times. What could be the possible reasons for this situation? According to the customers, it was all a matter of responsibility and credibility. However, the official freight forwarders of Pakistan Railways have a different story to tell.

Currently, the train’s status is again ‘pending departure’. Information from Turkey and Pakistan dictate that a possible departure date would be between 6 and 8 June. Nevertheless, this cannot be guaranteed. The main issue seems to be a lack of volumes due to political issues in the regions to be crossed. This is to the frustration of those who had expected to book a space.

Lack of credibility and financial losses

One example of such a customer is the Turkish exporter and shipper TMiT Limited Turkey, specialising in metals, chemicals and raw materials trade. Muhammad Mansoor Nasim, the company’s managing director, described the hurdles they faced to RailFreight.com. He talked about a lack of transparency, communication issues, and no credibility from the Turkish or Pakistani government.

Specifically, the miscommunication lies in the fact that they were expecting to book containers from Turkey to Pakistan, but they ended up only with the option to book wagons. Because of their cargo nature, this would be impossible. As for transparency and credibility, the company needed one of the parties to guarantee the service’s safety. This could be done only with a letter of credit from Turkey or Pakistan.

Without any of these solutions in place, TMiT Limited delayed its shipments and lost excessive amounts of money. Moreover, expecting that the service would take place normally, it cancelled its maritime transport options and was left with its cargo on hold.

According to Haroon Brothers & Co, the official freight forwarders of Pakistan Railways, the main issue lies in the restrictions posed by the U.S sanctions on Iran. That is why governments could not provide a letter of credit and insurance for transiting cargo through Iran.

In general, the sanctions imposed impacted the project, the forwarding company argues, as this was also the main reason why customers exporting to the U.S and Europe were hesitant to book a space on the train, as it would pass through Iran. On the other hand, customers with a regional profile that export locally were not affected by this situation, they explained, but it did result in too little volume for the train to depart. 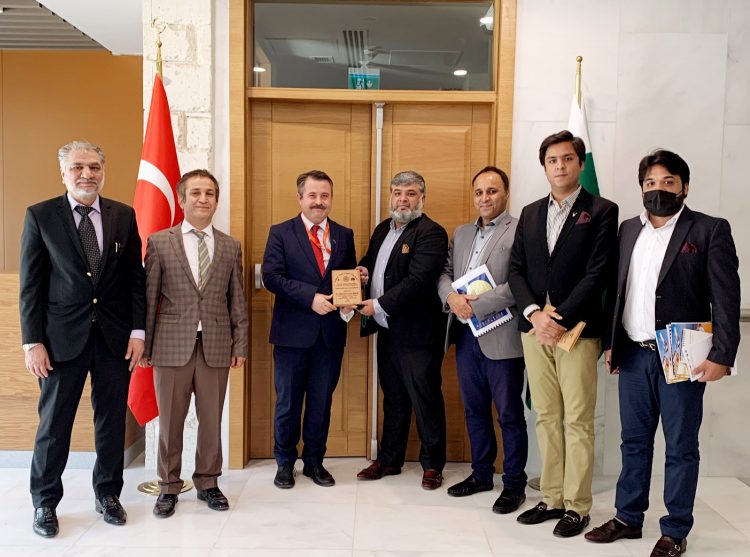 Another argument that is still unsettled is about the price of the service. On its behalf, TMiT Limited complained about higher than regular cargo costs inflating up to 20 per cent. However, Haroon Brothers & Co underlined that parties involved in the service discussed this topic extensively and concluded that the pricing model should adapt according to the trade imbalances between Pakistan and Turkey.

Whether these problems are well communicated and understood by everyone involved is not clear. Each side has its perspective and claims to be right, but the train is still waiting for departure. Should we expect the train to leave Turkey for Pakistan between 6 and 8 June? The answer is again unclear.