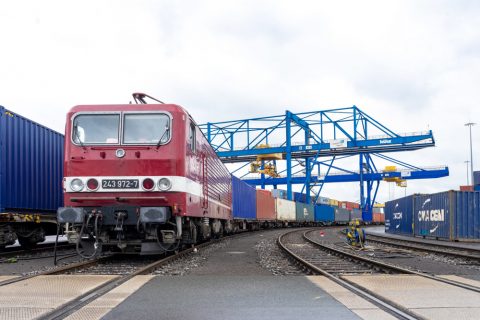 Germany based Fressnapf Group put its products on Eurasian rail tracks for the first time due to the Suez canal blockage. It commissioned a train from Linyi in China to Duisport in Germany. Duisport agency GmbH organised the service, and Far East Land Bridge (FELB) operated the train. The train carried 42 containers, each weighing approximately 20 tonnes. The cargo consisted of pet equipment and was unloaded at Fressnapf’s warehouse at the Port of Duisburg.

Fressnapf Group is a pet supply company headquartered in Krefeld, Germany. It also has offices in Düsseldorf and Venlo in the Netherlands. When it comes to Eurasian transportation, it is not a new player. It mostly chooses maritime routes for its cargo. However, the ‘Ever Given’ incident led the company to reconsider its options and look for a rail alternative. “Our partners, stores and customers had to wait much longer, so we had to come up with a quick and effective response”, commented the company.

The cooperation between Duisport, FELB and Fressnapf paid off since the cargo reached its final destination within 24 days, covering 11,000 kilometres instead of 22,000 through the traditional maritime routes. Distance reduced in half, while CO2 emissions also reduced by 75 per cent. It was an agile and efficient solution that also proved “customer-oriented and especially sustainable”, according to Fressnapf’s founder and owner, Torsten Toeller.

Erich Staake, CEO of Duisport Group, underlined that the German company is a long-standing customer of the Port of Duisburg. The port is a hub for Eurasian transport with many trains passing through it and a continuously growing railway network. Partnering companies can also benefit from that. At least for Fressnapf, the long cooperation and successful launching of the first China-Europe train could be enticing for more investments in rail freight transport from now on.

And why not? Crises can always be the starting point for new opportunities. Nevertheless, the flexibility of the rail sector also plays a role in attracting more customers. The case with Fressnapf’s train is a great instance of how rail can take its chances and transform them into practical business solutions with future potential.