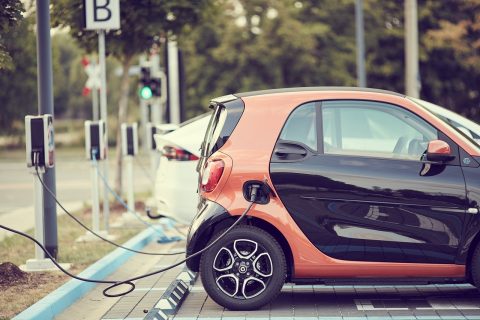 Bulk of electric cars produced in China, but still not moved by train

With an increasing number of electric cars being produced in China, the demand for China-made electric vehicles in Europe is rising. This is all the more reason for transport companies to pressure the Chinese government into permitting them on the rails. So far, they are only allowed to be moved by ship.

The restrictions are a direct consequence of China banning dangerous goods from its railway network. Electric cars contain batteries, which contain lithium, considered a dangerous substance. These are considered to pose a risk when transported overland. Until now, the Chinese government has had a firm stance on the issue. The risks are too high and the stakes too low, they have argued.

Are the stakes really too low?

Whether the stakes are too low, is something to be debated. In 2021, the bulk of electric vehicles is produced in China: 49 per cent. This is compared to 27 per cent in Europe, 17 per cent in the US and 7 per cent in Japan and Korea. “The Chinese production is for the largest part for the domestic market, but there is a demand from the European market. Not only for finished cars, but also for car parts, such as the batteries”, said Alice Defranoux from GEFCO, which provided these figures to RailFreight Live.

Defranoux provided an exclusive interview with RailFreight Live, which is broadcast on Friday 23 April. This show is dedicated to the topic of electric car transportation. Watch the show here at 1 pm CEST.

In order to provide a relatively fast transport solution, GEFCO has launched a multimodal service, making use of the Trans-Siberian express through Russia. “The cars are transported by truck to Chinese ports such as Shanghai, Ningbao and Qingdao. From there, they are moved by ship to the Russian port of Vladivostok, where they are put on a train to Europe. The whole transit time is around 30 days”, explains Defranoux.

“This is fast considering an ocean shipment”, she continues. Besides, there is currently a capacity crunch in ocean shipping due to the Suez Canal blockade. This is an added factor in the increase of demand for the multimodal product.” The train takes of course fewer containers than a ship does, but when it comes to transit through Russia, longer freight trains are a possibility. In this case, the train takes 62 containers. “This is quite an advantage compared to the 41 containers on a train through China.”

However, the transit time of the multimodal journey is significantly longer compared to what it would be if the entire journey could be made by train. “That would take around twenty days”, says Defranoux. The demand for the train journey is therefore high, and many stakeholders have lobbied for the rules to change.

Most recently, the chairman of Geely Holding Group, one of China’s largest car manufacturers, has made a claim to the Chinese government to ‘finally lift the ban on transporting dangerous goods overland’. With the claim of an influential person as Li Shufu, the Chinese government has once again committed to examining the restrictions.

“As GEFCO, we don’t do any lobbying”, says Defranoux. It is not up to us to decide whether this type of transportation is safe or unsafe.” But the plea is not uncommon to the Chinese. For example, DB cargo is working hard with various stakeholders to make rail transport of dangerous goods through China happen. “It would mean a great deal for the industry”, said Carsten Hinne, CEO of the company in an earlier interview with RailFreight Live.

In addition to Alice Defranoux, DB Cargo Eurasia will be represented in RailFreight Live on Friday 23 April. Dmitrij Hasenkampf will share the latest updates and explain how the company is dealing with the current restrictions.
You can watch the show here. If you want to make sure you don’t miss it, you can subscribe to our YouTube Channel, and you will be notified when we go live.

Over the years, many have tried to influence this policy, carriers and shippers alike. Last year, it almost looked like the restrictions would be lifted for certain types of goods, but in the end, the policy change did not occur. It is not certain if something will change in 2021, but the ambitions are there, Hinne said.