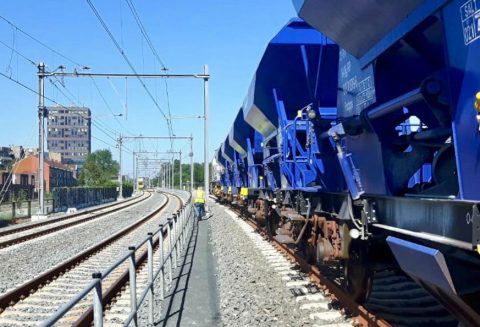 Following a month of disruptions in the Rhine Valley after the rockslide on 15 March, railway undertakings (RU’s) decided to raise the matter on a European Union level and enforce the German Railway Regulation Act. The Network of European Railways (NEE) and the International Union for Road-Rail Combined Transport (UIRR) support this move aiming to activate the International Contingency Management Procedure to release more capacities for rail freight.

As mentioned before, the main struggle with which rail companies struggle is poor infrastructure management by DB Netz, especially in periods of crises. The lack of consistent communication and forecasting for freight traffic restoration, combined with the financial losses due to long diversion routes, led RUs operating in the corridor to demand more attention and extra capacities. That is also the purpose of using the German Railway Regulation Act as a means to ensure that rail freight will acquire the needed rail network access.

On the other hand, the International Contingency Management Procedure is a handbook generated by infrastructure managers to define what international disruption means and how it should be dealt with. Currently, the Rhine Valley closure disrupts traffic in at least five different European countries. That is why UIRR and NEE urged for its implementation, hoping for a quicker solution to the problem and better management in the future.

Whether the proposals of RUs and railway associations will have an impact is still unknown. If the situation was easy to handle, the infrastructure manager would have already found a way to bring operations back to normal. That is why it should be clear that re-opening a railway corridor while keeping all safety protocols is something that understandably takes time. However, the actions taken to facilitate freight traffic that needs to continue running constitute another story.

It is pretty bizarre and unfortunate, though, that during the much-celebrated European Year of Rail, European railway undertakings and railway companies have to deal with two major and impactful disruptions: these of the Rhine Valley and the Great Belt Bridge in Denmark. The common characteristic that the two cases share is inconsistent measures to prevent and mainly handle emergencies with transparency, good coordination, and understanding of railway business’s nature.

As the Director of RailGood, Hans-Willem Vroon, mentioned a few days ago on RailFreight.com, it’s all about entrepreneurship that infrastructure managers lack. Consequently, together with an agile plan for future crises management, infrastructure managers should also develop a sense that rail should be treated differently. Specifically, respecting the viability of involved companies and comprehending that there is no way to compensate the financial losses and the staggered trust of customers and shippers should be prioritised.