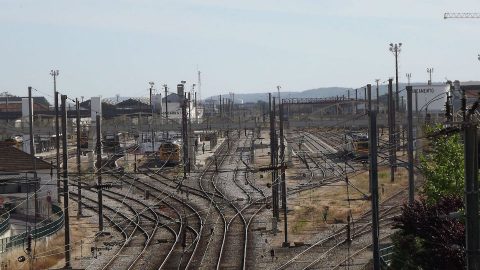 CER, EIM and UNIFE – among the main rail associations in Brussels – have asked for an extension of the European Year of Rail, as the pandemic hinders the full potential it could have in developing rail transport. The three organisations wrote an Open Letter with this message on Tuesday 13 April, addressing the Presidents of the European Parliament, Council of the EU and European Commission among others.

“As enthusiastic promoters of the European Year of Rail, we can but note that the constraining sanitary context is impeding the full deployment of stakeholders’ activities to promote rail. We therefore urge you to consider extending this outstanding initiative until December 2022 in order to make it an even greater
success at the end”, they collectively state.

In the context of the European Green Deal, the European Year of Rail is a wonderful and unique opportunity to promote rail. This is why the rail associations, and many others involved have allocated huge financial and in-kind resources to back this excellent initiative.

However, many of these developments need to be altered, re-scheduled or maybe even cancelled. An example of this is the Connecting Europe Express, an exhibition train that is set to start its journey in Lisbon in June and arrive in Paris five weeks after, with a series of events scheduled to take place in all capitals where the train stops. “Because of the pandemic, CER has been forced to schedule its departure in September 2021”, the letter reads.

Similarly, EIM and UNIFE members and rail companies have started planning and organising events and campaigns, which may not deploy its full potential due to the national health and safety measures and the underlying travel restrictions. “However, these activities are necessary to showcase the benefits of investments in physical and digital rail infrastructure for the society and the economy. This proves even more true in a context of reforms related to the TEN-T and the RFCs later this year.”

“In 2020 nobody could foresee that the pandemic would last this long, with the effects everybody can see today. It is unfortunately very clear now that our collective efforts are jeopardised by a pandemic that prevents having any degree of certainty regarding the possibility to organise in-person events and other public gatherings”, the letter concludes.

“In fact, there is a very concrete risk that upcoming scheduled events will have to be postponed until the situation improves or just cancelled, and that the allocated resources will be spent in vain – something we can ill afford at a time when railways are suffering huge losses because of COVID-19.

“Against this background, we call on all the EU Institutions and on Member States to extend the European Year of Rail until December 2022 in order to make the best out of this important opportunity and give this valuable initiative the best chances of success.