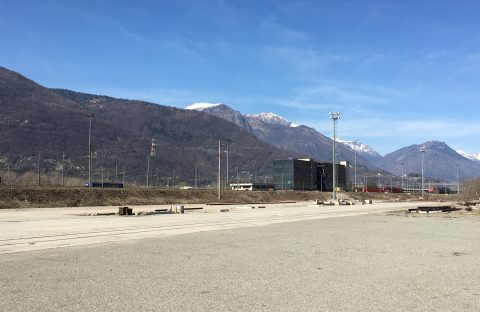 CargoBeamer has purchased a piece of land in Domodossola, located in Northern Italy, next to Switzerland’s border. The company aims to build its second Italian terminal at the specific site, only that this time it is going to be dedicated to intermodal transport.

The land site known as ‘Domo2 railyard’ used to belong to Ferrovie dello Stato Spa, a holding company that manages infrastructure and services on the Italian rail network. “We are pleased about the signing of the purchase contract and would like to thank all relevant government entities for their support, including the Piedmont Region,” said Markus Fischer, CFO of CargoBeamer AG and Managing Director of CargoBeamer Italia Srl.

Since 2015 CargoBeamer has used Domodossola as its base to develop and expand intermodal services between Italy and Kaldenkirchen in Germany. The specific service offers eight weekly trans-alpine roundtrips and connects two economically robust European regions. Over the years, it has experienced a steady increase in frequency and volumes, making it understandable why the German company decided to invest more in the Italian city by building another terminal.

“Domodossola has been an important location for the development of our services, and we are happy to maintain good relations with our Italian partners and customers. Adding up to our first terminal, which is currently in the construction and commissioning in Calais (France), Domodossola will serve as an important cornerstone in the Europe-spanning intermodal network we are planning to develop within the next years”, concluded Fischer.