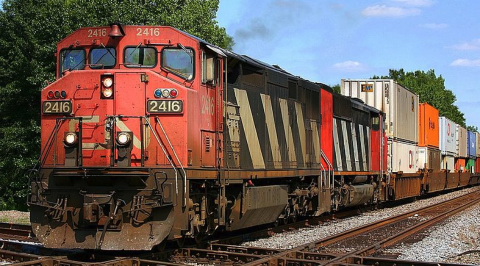 Interesting news arrives from the shores across the ocean and specifically North America. Two major rail operators, Canadian Pacific (CP), from Canada, and Kansas City Southern (KCS), from the US, have announced their intent to merge in a single company. To be precise, CP has agreed to buy KCS for 29 billion US dollars and create the first railway network connecting Canada, the United States and Mexico.

This significant transaction is the first to occur after twenty years, since 2001, when the US Surface Transportation Board introduced restrictive regulatory frameworks concerning rail parties’ consolidation procedures. The development has raised controversy since it could function as a two-blade knife.

On the one hand, it could enhance rail freight development and create a broad and seamless rail network. On the other hand, several voices express concerns about a possible competition distortion and monopoly following the two significant rail operators’ merging.

The two companies have been cooperating for some time already by sharing a rail yard in Kansas City. Their merging could prove largely beneficial for North American rail freight and could also work to shippers’ interest. Specifically, the deal could connect customers from the six largest metropolitan areas in North America, providing competitive transit times and the possibility for new services with an intermodal character.

Additionally, it comes hand in hand with another significant development. Last July, the U.S, Mexico and Canada signed a new trade agreement between them which replaced the previous one that lasted twenty-six years. The new deal will probably boost rail freight transport between the three countries, especially concerning products from the manufacturing and agriculture sectors. The recent U.S presidential elections results could also push towards this direction after the lift of some trade restrictions between the U.S and Mexico.

The merging of CP and KCS can also become a key driver for trade growth in the North-South axis since it will provide a single rail network for the operations. Finally, the companies underlined their agreement’s environmental benefits since using a single network could shift a considerable amount of traffic from road to rail.

Nevertheless, the situation is not only about cheering and celebrating, as many rail parties have already expressed their concerns about the market distortion it could cause. The merging of two big operators could lead to a lack of level playing field and uneven competition. North America’s rail sector is quite consolidated and shared by a small number of companies. Consequently, reducing transport solutions even more could lead shippers to a financial dead-end.

For this reason, shippers and rail operators have urged the Surface Transportation Board (STB), a federal adjudicatory board involved in rail-related regulations, to take a meticulous look at the merging petition before approving it. STB owes to ensure that such a development will not have an overall negative effect on rail services and rates. On its behalf, STB committed to protecting rail freight’s interests and securing its efficiency and competitiveness by scrutinising the proposal.