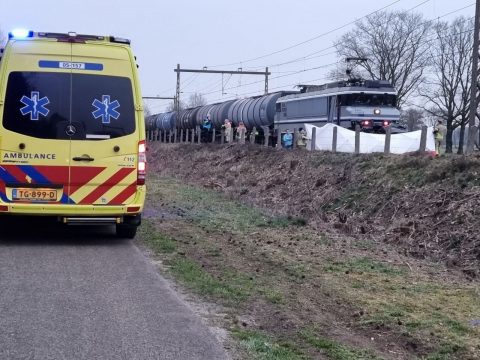 In the Netherlands a freight train collided with a van on Sunday evening, resulting in the death of the van driver. The driver was a 21-year-old man from Hengelo, in the province of Overijssel. The accident happened on Sunday at 5.40 pm at an unguarded level crossing at Zenderen, in the same province.

The van was towed several hundred meters, according to the police. At the moment, the police and infrastructure manager ProRail are still investigating how the accident happened. The freight train did not transport dangerous goods.

Train traffic has been halted on the line. ProRail has indicated that once the investigation and salvage has been completed, the damage to the track can be investigated. “Based on this, we plan activities and estimate how long we will need for repair works”, said the infrastructure manager.

The Netherlands has 180 not-actively guarded level crossings (NABOs) that are nominated to be closed or secured. All publicly accessible NABOs must be addressed by 2023.