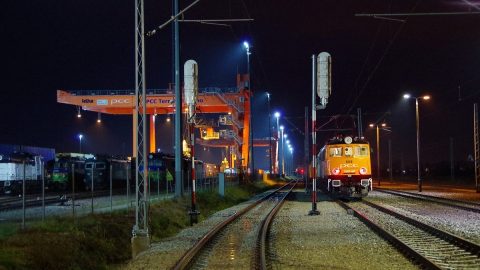 Port and supply chain disruption has reached unprecedented levels in the UK. Intermodal trains leaving UK ports, including the busiest intermodal terminal in the country, Felixstowe, have been forced to depart with part of their load left on the quayside, in order to avoid penalties for late running. This was reported in a media report.

Industrial and retail clients have been left without expected parts, supplies and finished goods due to intermodal disruption at UK ports. According to reports over the weekend in the Bloomberg business news channel, which quotes an insider who is unwilling to be named, the situation is worst at Felixstowe but is also being experienced at other southern ports in the UK. If confirmed, the disruption, which is attributed to coronavirus-related supply chain problems, and critically exacerbated by deadlocked Brexit negotiations, could lead to serious industrial and retail shortages as early as January.

Logistics companies, principally road truck operators, have been complaining about delays at Felixstowe for some time. They say systems problems have been at the root cause. The port’s owners, Hutchison, have refuted this, and point to the unprecedented pile up of containers on the quayside, exacerbated by a huge UK government import consignment of 11,000 containers of personal protective equipment, ordered at short notice to combat the spread of coronavirus.

With critical supplies building up on the quayside, Hutchison are reported to have formed working party, with the hope of securing additional train paths. At least one operator, GB Railfreight, is reported to be involved. Bloomberg quotes a source at the rail company as saying they hope to secure an additional six return paths a day. Given the constraints on routes from the port, it would take significant recasting of other services – passenger mainly – to make that possible. However, the single-track branch line into the port may prove an insurmountable obstacle.

Move business away from the south

The supply chain problems have been blamed for disruption elsewhere in the UK. The massive Honda automotive plant in Swindon has paused production because of a parts shortage, and ironically if car manufacture is interrupted, that may affect export trains via Southampton. The managing director of GB Railfreight, John Smith, has also revealed to Bloomberg that GBRf has taken a much higher rate of enquiries from all across industry, from companies seeking to avoid congestion at the Channel Ports in the UK. RailFreight.com has learned of maritime operators ramping up their intermodal operations away from the Channel, with the port of Liverpool gaining transatlantic shipping at the expense of Felixstowe.

The expectation of disruption is not new. Back in August, the UK government gave industry a warning that disruption was possible and urged businesses to seek alternative port facilities away from the south of the country.

Trains running with some empty flatbed wagons are not unusual on the UK network. There are many legitimate reasons why an intermodal train may appear to run less than fully loaded. Rolling stock repositioning, maintenance, crew training and testing are all among them. However, the quoted source, although unnamed in the Bloomberg press report, puts these instances at Felixstowe down to stalled Brexit talks.

Meanwhile UK-EU Brexit negotiations have been extended beyond yesterday’s (Sunday) deadline for resolution of a trade deal. UK prime minister Boris Johnson has said in a Brussels press conference on Sunday afternoon that, despite hope of unlocking the negotiations, Britain should prepare for trade with the EU on World Trade Organisation terms. It may seem that finding additional train paths at Felixstowe would be easier than finding an additional path though the Brexit negotiations.