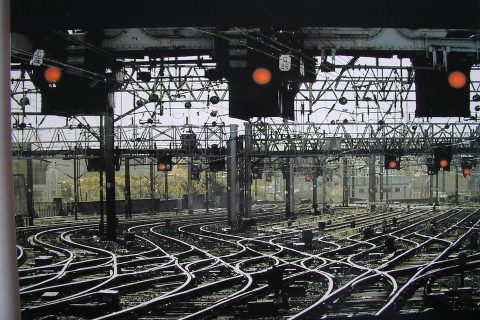 A word out of turn and Grant Shapps has cast doubt over the traditional period of intensive engineering works carried out during the two weeks of Christmas and New Year. In a national radio interview on 24 November, he said that efforts would be taken to reduce and minimise them. That may well have come as an unpleasant breakfast surprise to tens of thousands of engineering staff, gearing up for the annual assault on projects around the UK.

In a centre-piece interview with the BBC’s Justin Webb on the flagship radio news programme, ‘Today’, Shapps was questioned at length about coronavirus-related topics, including travel restrictions. The minister was asked to clarify several policy matters, but left listeners unclear about the status of planned engineering works on the railway network – an issue his Department for Transport ministry was unwilling to clarify.

On the grounds of operational responsibilities, the DfT directed enquiries to Network Rail, the infrastructure agency for the UK rail network, and itself an autonomous public body within the UK government structure. Network Rail, for their part, alluded to no negotiations with the Transport Secretary and said works were going ahead as planned. They made no comment on ministerial statements, and directed enquires back to the Department for Transport.

Minimise and reduce works over Christmas?

Shapps, whose portfolio has broadened considerably into the management of the pandemic, and now includes elements of the distribution and delivery of vaccines around the UK, appeared hesitant throughout the twenty-minute interview, and unwilling to commit to a number of the points raised by the presenter. Part of that was down to the need to avoid pre-empting prime ministerial announcements later this week, concerning new virus control measures.

Those revised measures will apply to England, but not the three other nations of the UK, each of whom have their own devolved governments with responsibility for health matters. It is also true that transport affairs are devolved to ministers within the governments of Wales, Scotland and Northern Ireland, somewhat tying Shapps hands when asked about the subtleties of travel advisories and travel bans.

Although Network Rail is effectively a department of the UK government, the infrastructure manager agency collaborates with all three devolved governments as well, to maintain the entire network. “We have put ten billion pounds into keep our railways running during this coronavirus”, said Shapps in the BBC interview. “Because of the dramatic drop in passenger numbers, it is the case that quite a number of railway workers are off work with coronavirus, and that does mean that there are some pressures on services and there are some limitations. I would also ask people to look very carefully at their Christmas travel plans because it may well be that very, very long planned engineering works are scheduled. Now we’ll try and reduce and minimise them as much as possible,” he said, while noting that major works are planned up to two years in advance.

Shapps did not back up the claim that absentees were affecting the rail industry, but freight operators have repeatedly demonstrated to RailFreight.com that they have maintained services throughout the pandemic, and continue to do so. Their resilience has been remarked upon in daily televised press conferences, often attended by the transport secretary. Nor did he go into any detail over the bespoke support package, which has been directed at passenger operators.

Going ahead with full programme as planned

Network Rail has no amendments to their plans on the table. They intend to go ahead with a full programme of works, which is only marginally below the average in monetary value for the time of year. That is something they put down to a focus on a myriad of smaller projects, with fewer grand projects scheduled – an exception being the remodelling of London King’s Cross station track work and the ongoing East Coast Main Line upgrade (ECML). Some routes will be affected by engineering works, so passengers are asked to check their journeys before travelling. “We are investing 137 million (154 million euros) this Christmas with a focus on smaller improvement projects that will make the railway more reliable”, said a statement from Network rail. “The total is slightly lower than the average Christmas spend over the last seven years. The works taking place at London King’s Cross are part of the East Coast Upgrade, which will improve reliability and boost connectivity between London, the North and Scotland. As a result, there will be no trains to or from the station from 25-30 December, and a reduced service will be in operation from 31 December until 3 January.”

Those paths at King’s Cross will be taken over by engineering and infrastructure traffic, as the station is reworked to provide better through routing into the tunnels under London, and more capacity on the terminal platforms for a higher-frequency service on the ECML. “Our frontline workers have continued to work tirelessly throughout the pandemic to maintain and upgrade the railway”, said Andrew Haines, Network Rail chief executive. “This festive period will be no different, with thousands of workers out delivering significant improvements across our infrastructure. It is vital that we drive improved rail performance through targeted investment work so that the railway can continue to play its part in Britain building back better from the Covid-19 pandemic.”

Whether Network Rail has any comment on comments made by Grant Shapps, or the Deprtment for Transport is willing to comment on operational matters from within an agency of its own jurisdiction, remains a moot point. The transport secretary has given the red, double-amber, and amber light to this season’s infrastructure programme. Network Rail has the signals set firmly at green. Everyone has however agreed that the Today news show will be back tomorrow morning, with a full programme as planned.