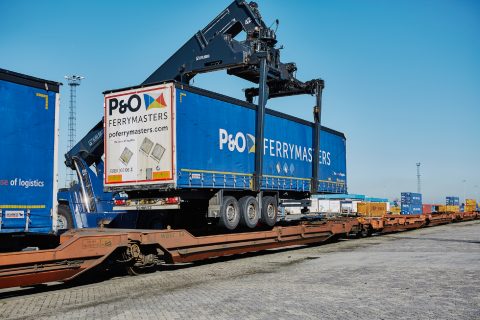 As of Monday 16 November, P&O Ferrymasters runs a multimodal connection linking Czech Republic to Britain. The connection includes a train service between Lovosice and Europoort-Rotterdam, with the possibility of a further sea connection to the eastern coast of Britain.

Lovosice is placed in a critical transport junction, near Prague, allowing direct access to Germany and Poland as well. Consequently, the connection with Rotterdam enables businesses of the wider area to expand their product distribution both in western Europe and Britain. The logistics company operates the trains running to and from Lovosice itself.

The initiative for launching such a multimodal connection results from the market’s demand. Taking into account the complex challenges that customers face when transporting goods from A to B, the service aims to “deliver value by driving efficiency and help to eliminate waste and reduce CO2 emissions in supply chains”, said Thorsten Runge, managing director of P&O Ferrymasters.

According to the multimodal operator, the service is the first connecting Czech Republic to Britain and the first to connect the Czech Republic with the Netherlands by rail for mega trailers. During the trip, trains will also stop in Duisburg and unload part of their cargo there. Subsequently, the new link also enables further interconnectivity between European terminals. It is important to note that the train service has already been successfully tested. The first train from Lovosice arrived in Rotterdam carrying thirty-eight 45’ pallet-wide containers and huckepack trailers, earlier this month.

The announcement of the new multimodal service did not come out of the blue. In contrast, it came in continuation of several investments that P&O Ferrymasters undertook during the last few months. Among them, one can find the addition of two-hundred mega trailers in the company’s fleet and the opening of a rail service between Oradea (Romania) and Lodz (Poland). Finally, in September, the company introduced its state-of-the-art track and trace system.

In conclusion, the macro perspective of such investments that enable better connectivity between destinations will not only impact European transportation. Complementary to that, it will also facilitate the flow of trains and products eastbound and westbound from Asia via the New Silk Road. By improving services on a micro-scale, it can prove easier to implement larger-scale changes in the near future and reach specific objectives.