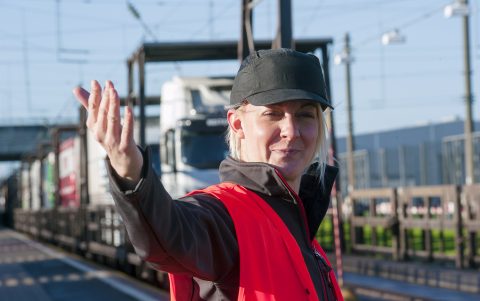 No profitable come on for Eurotunnel profits

Eurotunnel figures have taken a dive. Getlink, the operator of Eurotunnel, has reported a crash in their financial performance expectations, and told the stock markets to expect their earnings to be slashed. Not surprisingly, the main reason given is the coronavirus pandemic and its effects on world trade. Despite the supply shock to UK supermarkets, the collapse of non-essential retail has hit the operator hard.

This is the second time this year that Getlink has issued a warning to the markets, and even though the company expected to make an operating profit in this year, that guidance is now in doubt. With no light at the end of the pandemic tunnel yet in sight, the company has left investors in the dark for now.

Predictions blown out of water

The fifty kilometre Channel Tunnel, which opened in 1994 and conveyed its first freight service on 1 June that year, has had a troubled past, and has changed hands several times. It is however operating commercially, and was on target to return a profit this year on operations between Coquelles and Folkestone.

In July, the operators projected an impressive profit of 350 million euros for the year, according to figures reported internationally. However, that prediction was blown out of the water by the pandemic, and the company has yet to come up with a new projection.

Via their shuttle services, Getlink is responsible for about a quarter of all trade goods carried between Britain and the European Union. However, they also posted twenty-five per cent drop in revenue to under 622 million euros for the first nine months of 2020.

“In the third quarter, the Group has served its customers by providing excellent sanitary conditions”, said Yann Leriche, the group chief executive officer. He reflected on the year so far and was confident the company had risen to the challenges presented. “We have used our flexible offering by providing services to meet very high demand on certain days, while adapting very quickly when travel restrictions are announced. Our financial leeway is preserved by rigorous cost management and the remarkable commitment of our teams.”

Leriche is well aware that the challenges are not over. Even if the pandemic is put to rest – and there is some hope of a universal vaccine by Christmas – that will not spell and overnight recovery. Then, there is the small matter of Britain’s relationship with the EU. “The Group is well prepared to make the most of the future post Brexit on 1 January 2021 as well as the changes unfolding in the world”, he said. The unflappable monsieur Leriche clearly has a better view of the end of the tunnel than most of us.