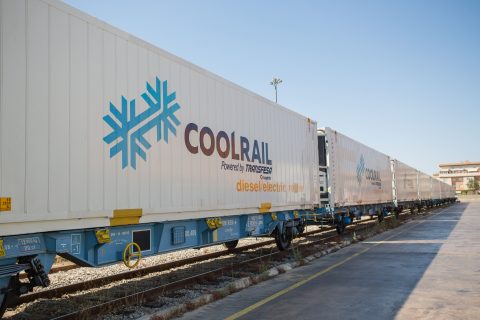 On early May 2019, the first fresh produce train between Valencia and the port of Rotterdam began its operation. As of October 2020, CoolRail has announced the expansion of its network.Transportation of fresh goods will now be possible in new destinations such as Germany, the Nordic countries and the United Kingdom.

The rail freight service from Valencia to Rotterdam was planned for many years. Since 2016 Euro Pool System (EPS)has been experimenting with the service that was expected to launch in 2018. After it finally began running in 2019 the plans for an expanded network of CoolRail trains were already underway.

From theory to practice

The agreement between the operating companies Transfesa Logistics and Euro Pool System will put the plans of years into practice. October 2020 will be the starting month of a new fresh produce service under the name CoolRail powered by Transfesa logistics. Apart from the direct train that connects Valencia with Rotterdam, the collaborating companies will launch two more direct itineraries connecting Valencia with London and Cologne respectively.

The extended service will use DB Cargo’s infrastructure. Furthermore, the commission of the new direct routes will provide an enticing transport solution to British customers, tand will also allow trains carrying fresh products to reach countries like Poland and the Czech Republic.

A reliable and sustainable solution

The CEOs of Transfesa Logistics and Euro Pool System stretched the importance of the new collaboration. According to Gerjo Scheringa, CEO of EPS, the main goal is “to achieve greater sustainability in the logistics sector across Europe.” Moreover, he underlined that the partnership with Transfesa would help reduce CO2 emissions by “replacing road traffic with a direct rail connection.”

On the same wavelength, Bernd Hullerum, CEO of Transfesa Logistics, mentioned that the specific collaboration constitutes an excellent opportunity to prove that “the railroad can be as fast and reliable as road service.” At the same time, he concluded, “a train emits nine times less CO2 than a lorry.”