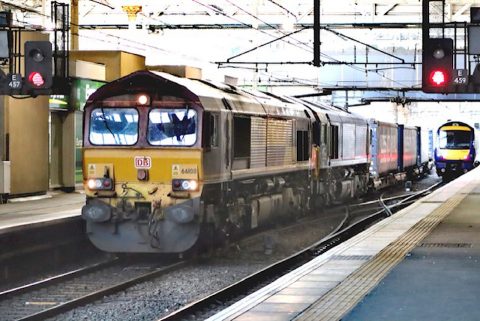 Will UK rail freight sector be diesel free before 2050?

The UK rail freight sector will be diesel free before 2050. That is the headline from the Traction Decarbonisation Network Strategy, published by Network Rail in response to a UK government legislative programme. The industry has responded with warnings that action is needed now to meet demanding targets.

Rail industry sources have warned that an ambitious decarbonisation target will not be met, if the UK does not immediately implement a radical rolling programme of infrastructure and traction electrification. Supply chain and freight operators are being challenged to take fossil fuels out of the sector, as part of a wider drive for a zero-carbon economy.

In harmony with European legislators, governments in the UK have passed programmes which legally commit the country to a carbon-free future. A year-long study by the UK infrastructure manager Network Rail has just been published, setting out the parameters for the rail industry. 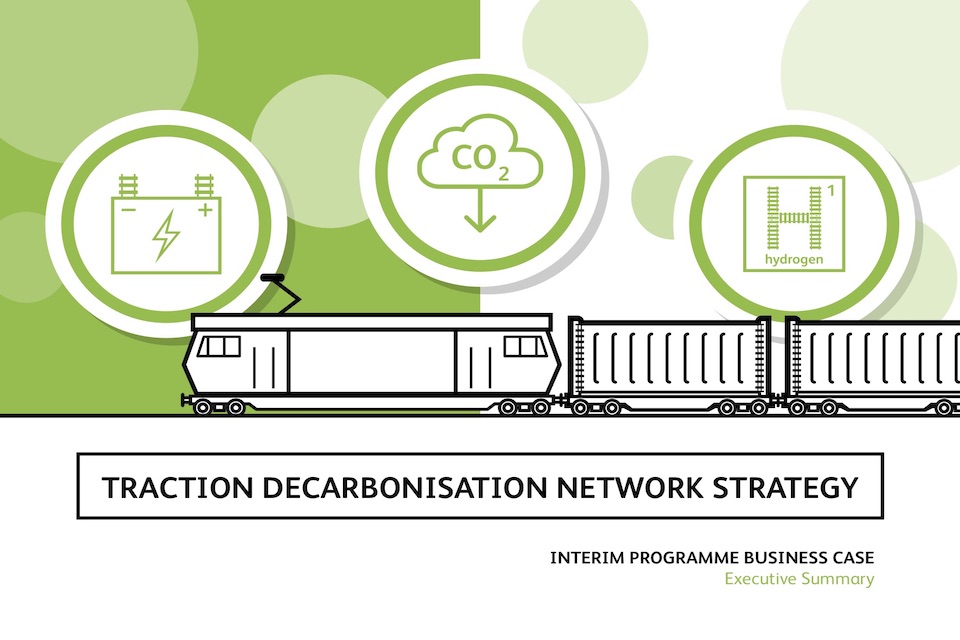 Although rail freight is already the least polluting part of the industrial logistics sector, the report says the network has to go much further to achieve zero-emissions, and remain competitive. Other sectors, especially road, are moving fast towards their own green agendas. Volvo, for example, has just demonstrated its fully-electric heavy goods vehicle, and the options for logistics companies are expanding all the time.

“Over the last year Network Rail has worked collaboratively with the rail industry to establish how we can best work together”, says Paul McMahon, managing director, system operator, at Network Rail, and summariser of the report. “The result of this work is the Traction Decarbonisation Network Strategy, that we are now able to set out the different ways how we could minimise direct carbon emissions from trains,” he says.

Other legislative bodies have already proposed similar action. The government in Scotland has already said it will decarbonise the regional economy ahead of the UK. Last week, the Scottish government chose the Mossend International Railfreight Park project to launch a major green investment initiative.

The facility, in Lanarkshire, near Glasgow, will be a new, fully electrified freight facility. All the major UK freight operators attended the launch and expressed commitment to an electrified freight future. Scotland’s passenger network has also announced that it intends to showcase a prototype hydrogen powered train at next year’s COP26 environment conference in Glasgow.

Valuable skills could be lost

However, a warning has been expressed by the Railway Industry Association (RIA). David Clarke, the RIA technical director, said the Network Rail report was very positive, but action was needed to make sure the supply chain can deliver. “This report, developed with the rail industry, comes at a pivotal time, as current work to electrify the Midlands Mainline comes to an end, leaving the UK with no electrification projects being delivered on the ground”, he said. “Without further work soon, the industry will begin to lose valuable skills and the capacity to deliver these schemes, making it harder to deliver these projects when work resumes.”

A big opportunity for the industry

Britain’s rail industry has a history of start-stop development. The RIA says a rolling programme, like the proposals already tabled in Scotland, where the entire network will be decarbonised over the next fifteen years, needs to be adopted across the whole of Britain.

“This is a big opportunity for the rail industry to provide a clean, green and more connected railway, generating jobs and investment”, says Clarke. “To do this we need government to give the ‘green light’ to support electrification, support the deployment of low carbon train fleets and support the sector, so we can deliver an environmental, economic recovery. This green light need not wait for the final Strategy to be published – there are projects which should be progressed immediately.”

The operators who assembled at Mossend in Scotland last week all demonstrated their zero-carbon credentials. All four operators brought in their future traction technology, even if some locomotives on display were repurposed passenger units. However, the life-span of electric locomotives tends to be longer than diesel traction and, even though the freight fleet is still largely diesel powered, all operators are looking at electric, hybrid and alternative fuel replacements.

The decarbonisation plan from Network Rail does not come as a surprise to the rail freight industry, nor the supply chain. Analysis undertaken by the RIA, shows that delivering 450 single track kilometres of electrification per year is within the capability of the industry. With almost 12,000 kilometres to wire up, that puts the 2050 target within reach, but they do say a capacity build up is needed now, and a stable and efficient programme of work needs to be laid out as soon as possible.

We will likely see diesel traction for a while yet, maybe even hauling infrastructure trains, wiring up all that waiting network.