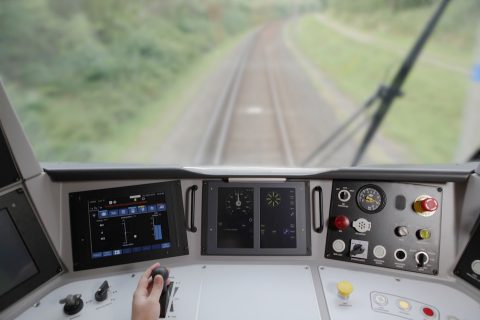 English freight line is among those examined for passengers

A railway line near Southampton, saved from complete closure by military and freight traffic, has been examined for the possible reintroduction of passenger services. The Fawley Branch, which extends for about five miles (eight kilometres) along Southampton Water, an inlet of the English Channel, has been shortlisted as part of a UK government scheme to extend local and community connections to the network.

The UK Rail Minister, Chris Heaton-Harris, the chair of Network Rail, Sir Peter Hendy, and local politicians, were among the first passengers to traverse the Fawley Branch, on England’s south coast, after a gap in services of over fifty years. The demonstration service may not have been revenue-earning, but the high-profile visitors have placed the line at the front of the queue for potential reopening under a recent government-backed scheme.

Announced in January, but taking on an extra significance as part of the economic response to the coronavirus pandemic, the UK government Department for Transport has established the ‘Restoring Your Railway Fund’, also known as ‘Reversing Beeching’.

The common name refers to a review carried out in the 1960s by industrialist Richard Beeching. That resulted in the closure of hundreds of lines, both passenger and freight, in an effort to eliminate heavy annual losses incurred by what was then the nationalised British Railways. The 500 million British pounds (555 million euros) fund is intended to help local groups progress community-based schemes throughout England and Wales.

Although passenger services were withdrawn in 1966, the Fawley Line survived to serve the needs of Marchwood Military Port, a power station, and the oil refinery at Fawley itself. The port was originally established as part of the ‘D-Day’ invasion of Europe effort, and has remained part of the UK defence service ever since.

The power station has since been decommissioned, but Fawley Oil Refinery has grown to be the biggest facility in the UK. However, it has not required rail freight services since 2016.

Currently there is no traffic on the line. The running of the demonstration service required some initial restoration work to be completed. However, the line remained in good shape during its four-year hiatus, and did not need extensive engineering attention. Elsewhere, freight operators and potential customers are watching developments closely, if any project should require an interruption to traffic.

“Railways have a huge role to play in building environmentally-sustainable economic and social development”, said Network Rail’s Chair. “Places where the railway is still in place, are perfect examples of where we can help local communities grow.”

Other freight-only lines in the UK are under consideration for passenger services. Among them, and before the fund was announced, is a line through Ashington and Blyth near Newcastle in North East England. The ten-mile (16km) loop, which currently handles bulk trains from Blyth port, runs parallel to the East Coast Main Line. It was named by the UK government as a priority for reintroducing passenger services, with the intention of stimulating economic regeneration in the area. The line was previously busy with coal traffic from several now closed mines.

One line already approved is on the East Coast of Scotland. Independently of the Reversing Beeching initiative, the devolved government in Scotland made a commitment one year ago to reopening a branch line to Leven, in the county of Fife. Until recently, the five-mile (eight kilometre) branch served a distillery, power station and port. The circumstances of the line are similar to the Fawley Line in Southampton, with potential for freight services included in the specification for the reopening.

The Restoring your Railway Fund offers support to proposals to reinstate axed local services, which should be sponsored by MPs working with local authorities and community groups, says a government statement.

The cash will clearly not provide the funds necessary for extensive infrastructure rebuilding. However, the government says the fund will also be available to help in accelerating existing proposals. In places like Fawley, bringing passengers back may also bring new freight to the rails as well.