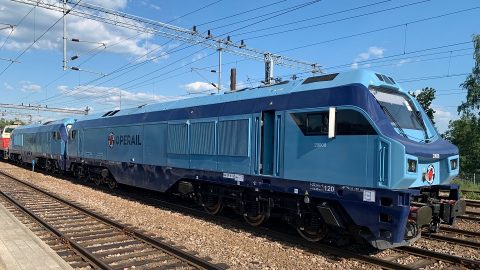 Estonian national rail freight operator Operail has certified its first two locomotives for operations in Finland. The company will start transporting freight this autumn. By this time, it will operate a fleet of nine new Wabtec PowerHaul locomotives in Finland.

Operail Finland Oy, a Finnish subsidiary of Estonia-based Operail, is a newcomer on the Finnish rail freight market. It was incorporated last year and the certification of its first locomotives is another step towards launching rail freight operations in Finland. Operail’s subsidiary has already received two Wabtec PowerHaul six-axle locomotives and certified them to meet all European railway requirements and standards (TSI). Seven other vehicles will be delivered in the coming months. Currently, the company is hiring locomotive drivers. “We’re hoping to start transporting freight in autumn”,  Paul Lukka, a member of the management board of Operail, noted.

Besides the haulage operations on the Finnish railway network, Operail is also focused on another activity. Last year, the Estonian company incorporated another subsidiary known as Operail Leasing Finland Oy. It leases wagons to Finnish industrial customers. For instance, the company rented 195 open wagons to Metsä Group, a major Finnish supplier of forest goods. It is worth to note that the majority of wagons owned by Operail are leased to customers. The Estonian company uses only 1,200 of 3,500 wagons for its own needs.