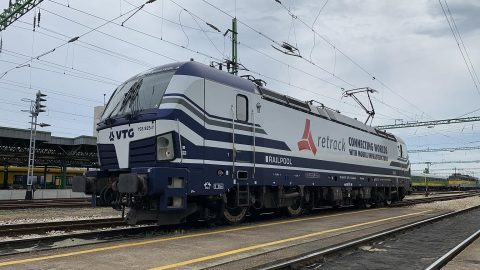 From Netherlands to Hungary: further expansion of VTG’s logistics

Hamburg-based wagon hire and rail logistics company VTG has acquired a new asset in Slovakia. It added Carbo Rail, a medium-sized rail freight operator, to its geography of business. The deal allows the German company to improve its services and offer a faster freight delivery across Europe, especially on the way from the Netherlands to Hungary.

VTG finalised the acquisition of a major stake of Carbo Rail at the end of May. It is a major Slovakian rail freight operator with 25 locomotives, around 150 employees and a strong experience in the market of Slovakia, Czechia and Hungary. After obtainingapproval from the antitrust authorities of Slovakia, VTG started to integrate the new subsidiary into its network.

In mid-June, Carbo Rail was renamed to Retrack Slovakia and thus became a part of Retrack, VTG’s rail freight undertaking that provides connections across Europe. “With its operating licenses for Slovakia, the Czech Republic and Hungary, as well as its assets and around 150 employees, Retrack Slovakia is a valuable addition to our network”, VTG commented to RailFreight.

Central Eastern Europe is a core region for VTG’s business and the new acquisition in Slovakia is in line with this. “VTG Rail Logistics has invested in Carbo Rail in order to further strengthen the existing network along major transportation corridors especially in Central and Eastern Europe”, the company noted.

With the help of the Slovak subsidiary, VTG has got an advantage to improve its rail freight connections. “The expansion will enable trains to cross borders along an entire corridor without the hassle of un- and recoupling – for example from the Netherlands to Hungary with one locomotive.  Now only the driver has to change. This results in quicker transports and increases the capacity within the network as well as the transport quality”, VTG explained as the key reason for the purchase of Carbo Rail.

VTG is also the main guest in today’s edition of RailFreight Live. Through a live connection, Marc Hunziker from the Competence Center Intermodal talks us through its new technology to lift uncranable trailers on the train. This technology is now available in GVT’s terminal in Tilburg, the Netherlands.

You can watch the show live at 1PM today on our YouTube Channel.