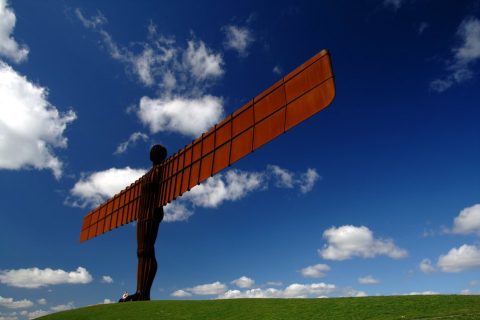 Local politicians and infrastructure stakeholders say that UK’s northeast region is disadvantaged by a lack of modern freight facilities. There are calls for this ‘neglected’ part of England to step up and be counted.

For many, the freight scene around the North East of England conjures up memories of a network of coal trains and shunting yards, serving heavy industry and the huge mining industries of the region. As a cradle of the Industrial Revolution, the area around the valleys of the Tyne and Tees rivers was criss-crossed with branch lines, serving hundreds of collieries, and supporting tens of thousands of jobs in heavy industry.

The scene is very different now, with much of that infrastructure swept away, even though the region heads towards a cleaner, greener, high-tech and modern manufacturing future.

That future though is being held back by a legacy of out-dated freight facilities and a lack of modern handling capacity. So says the leader of one local authority, synonymous with the industries of days gone by. “As a region with a large manufacturing sector, ensuring the best access to markets for goods produced in the region will be ever more critical”, says Simon Henig, the leader of Durham County Council, writing in a regional daily newspaper. “There are many opportunities for the North East to position itself as a place that can re-establish growth. The opportunities for green growth are particularly important.”

The valleys of the Tyne and Tees rivers were both by-words for heavy industry. The Tyne for coal, the Tees for steel. The network reflects that historical legacy. Take Tyne Yard, for example, just south of Newcastle, and directly on the busy East Coast Main Line. It was part of the British Railways Modernisation Plan of the 1950s, which, paradoxically, served the wagon-load freight traffic, which the railways were seeking to leave behind.

Today, the yard serves a much-reduced block train schedule, and sits next to vast, modern industrial estates which have turned their back on rail connections. That is something Henig would like to see changed, and believes the current coronavirus crisis has created the necessary impetus. “The crisis has created opportunities for new markets to be exploited, not just in diversifying into supplying new products to support the healthcare sector, but also in producing components and parts that would otherwise have been sourced from abroad”, he told regional media.

Transport for the North, the statutory body charged with oversight of improvements in regional infrastructure, has also highlighted the need for improvements. In a submission made this week, on behalf of their stakeholders, TfN gave evidence to the government sponsored National Infrastructure Commission, calling for better connectivity and capacity. The submission supported freight development by calling for a raft of improvements to make better use of “an effective freight network, addressing capacity pinch-points.”

The region is primarily served by the East Coast Main Line, which remains one of the busiest routes in the UK. As the only regional artery between England and Scotland on that side of the country, demand is increasing for both freight and passenger traffic. Most commentators believe that, post-crisis, demand will continue to rise. Plans are already in hand for further capacity enhancements – notably improved electricity supply, and even extra running tracks mooted to relieve the corridor between Newcastle and Edinburgh.

However, regional interests would welcome even more traffic, originated locally. “The North East is one of the few places in the country without a strategic rail freight connection”, claimed Henig, seeking a modern, fit for purpose terminal to better serve the shape of the local economy now and in the future. “Remedying that would increase local competitiveness and improve our low carbon credentials by removing more traffic from the road network.”

While development on the scale of Tyne Yard may no longer be needed to serve modern freight operations, there is a growing call for the North East to reinvent itself as a significant part of the rail freight scene. Outsiders may say that is already the case, but in the North East, ambition has always been welcomed with open arms.