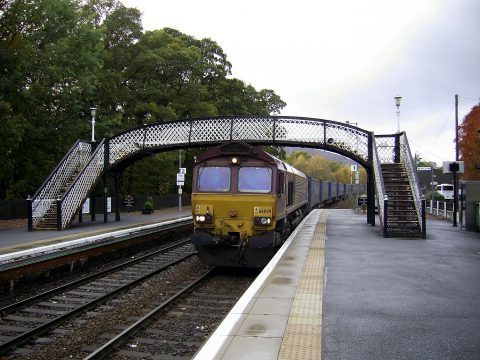 Transform Scotland, the wide-remit alliance for sustainable transport has responded to a Scottish government consultation with a call for enhanced rail freight provision. It has called for major investment in the rail links between the Scottish cities.

The organisation said this is particularly needed on the routes north from Glasgow and Edinburgh to Aberdeen and Inverness which suffer a “capacity crunch” which is constraining freight development. They also point to the long 100-mile (160km) route between Aberdeen and Inverness, which was recently the subject of an overhaul by Network Rail. However, most of that route, and the other lines in question are predominantly single track, and no significant lengths are electrified.

In their response to the Scottish government consultation on the National Planning Framework 4 (NPF4) Paul Tetlaw, current convener of Transform Scotland’s policy forum, and a former chair of the group, justified their stance, and put their reply down to a call for investing in the future of Scotland. “The government already states that it wants to ‘make rail travel quicker than by car, and to complete the electrification of the lines between the cities’. The reality is that progress north of the Central Belt is minimal while the whole focus has been on new road building”.

Tetlaw cites two projects in particular, the major upgrade projects on highways which would parallel the railways in question, turning over 200 miles (320km) of both roads into dual-carriageways. He says the A9 and A96 dualling “at a cost estimated to be 6 billion British pound (almost 7 billion euro) but which is likely to far exceed this figure if these schemes are fully implemented”.

For its part, the Scottish government, which has, among its devolved powers, overall control of transport matters within Scotland, is reconsidering its road upgrade policy. Tetlaw says that it is not enough, and investment is needed in rail. “Similar ambition is needed for the parallel rail routes and this should include track dualling as well as electrification.

It is already the case that without dualling capacity is severely restricted and so it is not possible to introduce an enhanced timetable for passenger services. For freight the situation appears worse as there is a limit on the length of trains that can be run and the number of trains. Dualling would provide an enormous boost to freight and help to take many lorries off the road”.

Used to build a motorway

The Highland Main Line between Perth and Inverness currently has 81 miles of single track in its 118 mile length (130/190km) and this serves to highlight the very real nature of the capacity crunch on this route, notes Transform Scotland.

They also flag up another route that constrains capacity, due to an abandonment of a direct route in the 1960s, used subsequently to facilitate building a motorway. “It is also the case that most journeys from Edinburgh to Inverness now follow a tortuous route through Fife and along the single track line”, says Tetlaw. “It is high time that a new direct route through Fife was re-instated – this would benefit freight and passenger journeys and reduce journey times to Perth and beyond by around 30 minutes. Our submission to the NPF4 consultation also calls for that re-instatement”.

Elsewhere in Scotland, independent campaigners are calling for the reinstatement of a cross-border link with England, service the Borders region. They claim rail freight would be among the benefits, helping with the harvesting of vast timber reserves in the region, which are currently moved by road and subject to much local criticism. 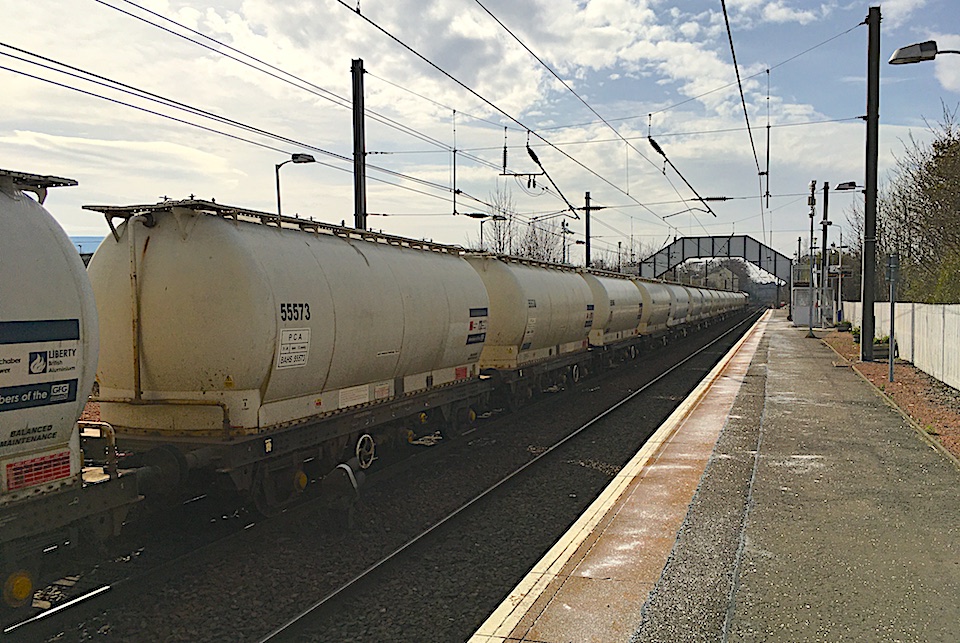 In Edinburgh, contracts have been awarded by Network Rail, the infrastructure agency, for the enhancement of junctions and lines around Edinburgh. The works, awarded to civil engineers Arup, involve junction replacement and electrification work to improve capacity on the East Coast Main Line, and a heavily used freight line through the south of the city.

New normal should be sustainable transport

Back in the north, commercial road traffic, even at present levels of infrastructure, completes the Glasgow/Edinburgh to Inverness journey in about three hours, one hour less than rail. Scarce paths restrict freight to a handful of operations, most notably the supermarket intermodals, which have been highlighted as crucial to supplying the north of Scotland during the current pandemic crisis. “Normal activities will eventually return after the current health crisis”, said Tetlaw, “albeit many are describing that as a ‘new normal’. In transport terms a ‘new normal’ should be one that embraces sustainable transport modes as the overriding priority area for investment”.