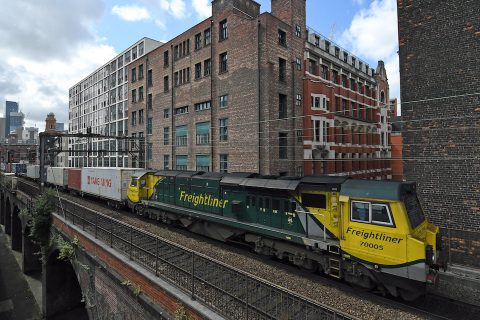 The British government has answered calls from the rail freight industry. It has acted to protect the professions of those directly involved in the food supply chain, including rail freight professionals. People working in these professions should continue working, and are entitled to child care support while schools and daycare facilities are closed.

This was announced by the government department for education, aimed at parents who need child care support to continue working. Several professions were “called up” and exempted from school closure and any potential bans on movement. Among them, obviously, health workers and the security services, but also food supply workers, including rail freight transport workers.

“This includes those who will keep the air, water, road and rail passenger and freight transport modes operating during the COVID-19 response, including those working on transport systems through which supply chains pass”, says a government statement.

The Department for Transport has said that passenger services will be reduced from Monday. Their statement says this will help protect the mobility of freight services, and also help protect the welfare of rail staff. Passenger numbers have fallen by almost seventy percent, according to government sources.

Robert Nisbet, Director of Nations and Regions at the industry representative body, the Rail Delivery Group (RDG), told early morning BBC news programmes that the RDG welcomed the move to designate rail workers. “Key freight routes continue for the long haul. We look at freight paths to keep supermarket shelves stocked and fuel running to power stations”, he said, and added a statement later, issued by the Department for Transport. “At a time of extraordinary national challenge, the measures rail companies are putting in place with government will preserve services so that we can continue to get key workers to where they need to be”.

Speaking to rail staff in general, he offered high praise. “Thank you to them who have been doing a fantastic job”, he said. In a word of warning though, he warned that widespread sickness among staff could mean reductions. “It is a phased plan”, he said, with reference to the revised passenger service in particular. “We have to accept the reality that if more rail staff become sick, we may have to be reduced to core services”.

Later, in the DfT statement, he added: “This is not a decision we take lightly. However, implementing these measures now will mean that we can continue to operate trains over a prolonged period with fewer railway workers, who like so many others are to be commended for putting the needs of the country first, and whose safety remains front of mind. We are monitoring demand closely and should it become necessary in the weeks ahead, we will adjust services and timetables to ensure they’re being delivered to best effect where they’re needed most, in accordance with our plan”.

Britain woke up to a chilly, frosty equinox, but the hottest cargo in the UK is still running. RailFreight.com observers reported that nuclear fuel trains were still making an appearance. The specialist flasks of radioactive material, generally heading for the national reprocessing plant in north west England, are the most logistically complicated operations on the network, requiring two independent locomotives. The trains, generally no more than 200 tonnes, are often hauled by pairs of Vossloh/Stadler Euro Dual locomotives, giving them by far the highest power to weight ratio of any freight service in the UK.

On a positive note, prime minister Johnson gave some news that scientific progress has been made. While unable to announce cures, vaccines, or any other progress that would only be at home in a fantasy novel, he did hint that Britain may be only twelve weeks away from turning the tide. He refrained from any mention of 28 Days Later, currently one of the most popular films on streaming services in Europe which, like the railways, have been forced to reduce services. Not though due to lack of patronage – quite the opposite in fact.