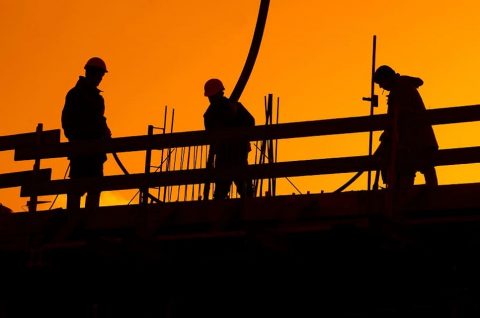 The Rail Freight Group has called on the UK government and society at large to recognise workers in the industry as key to the survival of the UK economy, and as front line troops in the battle against coronavirus. Their statement today says they must be seen as such, so they can continue to deliver services for the economy. It also recommends wide ranging support for the industry.

In these unprecedented times, the rail freight industry is doing all it can to ensure the continuation of supply for its customers, says the RFG statement. The Group are calling for a recognition of the industry, similar to the protected status, only previously conferred on rail professionals during the latter stages of the Great War, and the duration of the Second World War. The RFG has also called for the prioritisation of freight operations on the UK national network, echoing the lead made by Railfreight.com earlier today.

Making three headline points, the statement, which was flagged yesterday by RFG director-general Maggie Simpson, says rail freight staff must be classed as key workers so they can continue to deliver services for the economy. This should include all operational logistics employees, including rail freight staff within the list of key workers, so that staff can travel to and from work and access emergency school places and childcare, enabling them to continue working. Following up on the prime minister’s words yesterday, the RFG also says that rail network operations must be prioritised for movement of key freight trains.

The statement says that financial support is needed for private sector business to enable trains to keep running and increase volumes where required. The financial appeal underscores the severity of the crisis, coming directly after the UK chancellor Richi Sunak made a multi-billion pound package of direct support and loans available on Tuesday,

Specifically, the RFG calls for measures to support the financial viability of the private sector train operators and terminals. These measures include temporary changes to the Mode Shift Revenue Support scheme to ensure viability of services, in particular where services are not able to be fully loaded but still convey vital supplies.

“Suspension of track access charges to enable freight operators to quickly respond to customer priorities and support critical services that may not be viable in their own right”, recommends the statement, in addition to direct taxation relief. It calls for VAT/ taxation and National Insurance deferrals. “Mechanisms that support cashflow, including deferral of VAT / taxation and National Insurance payments would support the operators at a time of significant financial risk”, it says.

To date, some services have been adversely affected by the slowdown in global freight, but others are seeing increased demand for domestic distribution. The RFG statement says the industry is continuing to work as hard as it can to ensure delivery of vital supplies for supermarkets and retailers, manufacturers and business, and to support communities across the UK.

Top of the action points

As raised earlier by RailFreight.com, the prospect of increased capacity on the rails is tackled by the statement. “As the situation progresses the rail freight sector will do all it can to step up and provide additional services and capacity”, it says. “We have identified a number of measures which are urgently needed to ensure continued operations”.

As an immediate action, for the RFG, is a recategorising of rail freight in general. They say there needs to be assurance that the rail network remains open for key freight movements, and that freight trains are prioritised in operational planning. Even more radically, the Group recognises the acute staffing issues faced by rail freight, and recommends a temporary extension of certain competency and medical requirements. They say relaxing certain rules would help maximise the number of rail freight staff that are available for duty and minimise the impact of sickness on business.

Keep working on the network

There should be no let-up in the continuation of planned infrastructure work wherever possible, says the statement. “Government-sponsored infrastructure work, for example, the Network Rail and Highways England work banks, support the construction logistics sector”, advocates the Group.

Director-general of the RFG, Maggie Simpson told RailFreight.com that she was in a near constant round of conference calls with, among others, the Group’s 120 corporate members. The statement backs that up by concluding that the RFG is working with its members to press for the urgent implementation of these measures and to ensure that companies can continue to support the people and economy of the UK.