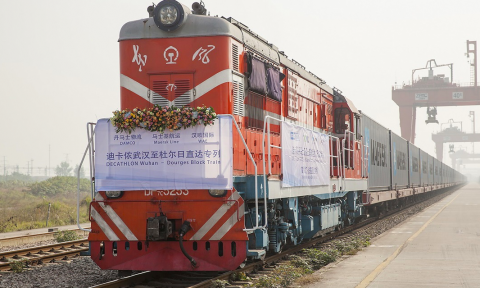 Wuhan and other cities in Hubei continue to be locked down until at least 10 March. This means that freight transport to and from the coronavirus-stricken province remains restricted to urgent shipments only. This was the latest announcement from the Chinese government regarding Hubei province, with its logistics centre Wuhan.

The lockdown of all traffic – of people as well as goods- was previously set to last until the end of February, but with the situation far from being resolved, this date has been extended into March. The outbreak of the virus started in Wuhan, and the province of Hubei still sees the highest number of infections and deaths as a result.

As per the latest news from government, it is almost impossible to get goods out of Wuhan by sea or air, says Jacky Yan from Chinatrans International, who is based in Chengdu. “It is possible to ship goods out by truck, but only when this concerns urgent shipments, such medical aid or food items.”

The shipments can then be transported to the nearest rail platforms that do have train departures, he explains. “We can arrange pick ups by fully loaded trucks, and reload the cargo at either Chongqing or Chengdu. There, trains depart to Poland, Germany, the Netherlands and other EU countries.” Yan emphasises that only fully loaded truck journeys are available for this type of shipment.

Meanwhile, most provinces have proven successful to gradually start up their rail freight business again. Although first-mile deliveries remain a problem due to the various road restrictions, all different depending on the city of departure and arrival, it is not impossible to get goods moving across the country. Inland train traffic has also proven to be a solution.

The hubs of Hefei, Xiamen and Chengdu are most likely to see full train departures, while Xi’an is now picking up as well, according to the Chengdu-based company. Train departures from Yiwu and Zhengzhou have been postponed till the beginning of March. What is notable, is that most platforms have reported significant general rate increases (gri), following the high demand for rail freight transportation. Only Xi’an has reported not to increase its rates in the month of March, compared to February.