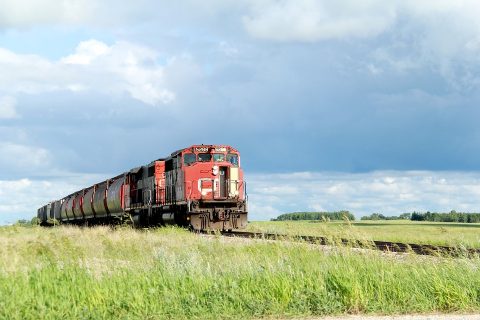 Rail freight in eastern Canada paralysed due to protests

Rail freight in eastern Canada has been paralysed as protesters have been blocking many railway routes in the country for the past three weeks. Canadian National Railway Company has halted operations on its eastern network, and the crucial port of Halifax is losing customers that rely on rail for their inland transportation.

The protests are carried out by environmental and indigenous-rights activists, who oppose the construction of a gas pipeline that would ship natural gas from the north-eastern part of British Columbia to the coast. The protests have however impacted more than this project alone; they impact the business of truckers, packers, importers, exporters and the ports and railways themselves.

The protest along Canadian National Railway tracks east of Belleville, Ontario, has halted the eastern network of the national railway operator. This network contains about one-quarter of its operations and forms a crucial network for Canada’s three largest ports: those of Vanvouver, Montreal and Halifax.

According to Canadian news site CBC, the lack of rail freight services has prompted some shippers to take their business elsewhere. It cites Atlantic Container Line (ACL), a major U.S. shipping line, diverting from the Port of Halifax in favour of U.S. harbours. If you take out rail, it knocks out 90 per cent of the cargo that we were putting on the ship”, the company said.

Meanwhile, the number of ships waiting to enter Vancouver-area terminals has more than doubled to fifty due to the clogged transportation system and in Montreal, some 4,000 containers are sitting idle on the docks, the same news site reports.

The blockades hinder the transport flows from west to east, and the movement of household items from produce to plywood, Band-Aids and canola oil. Rail is an important modality for the transport across the large country, as trucking would lead to considerable cost increases.

Cited by the BBC, Prime Minister Justin Trudeau said on Friday: “Rail blockades that have paralysed parts of Canada’s transport system must “come down now. Canadians are running out of patience as the blockades and protests enter their third week.” However, until now he has not been able to negotiate with the protesters.