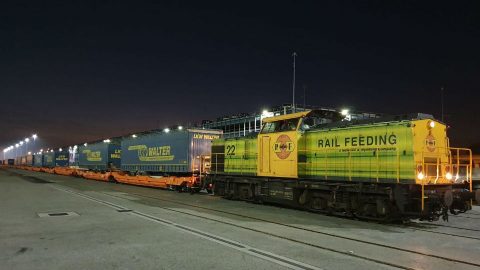 The first shuttle train between the Port of Rotterdam and Vienna is a fact. Intermodal operator LKW Walter has established a two-weekly blocktrain to the terminal of Wiencont. The first journey was carried out in the first week of May.

If it is up to the organisers of the new rail freight product, the train will see weekly departures from September, and daily departures as soon as next year. But the very fact of a regular service between the hubs is a novelty in itself. Until now, there was no direct rail freight connection between Rotterdam and Vienna.

The blocktrain carries 38 units and calls on the CRO terminal Botlek in Rotterdam. It is driven by Rotterdam Rail Feeding up till Duisburg, from where it is pulled to Vienna by Ecco Rail. The journey takes 28 hours in total.