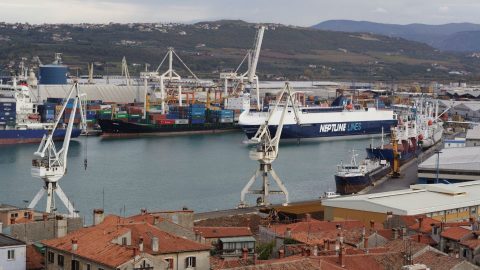 Starting 10 May, the German operator TFG Transfracht starts a direct regular rail service for containers between the Slovenian port of Koper and terminals in southern Germany and Austria. The trains will run four times a week in both directions. In Austria, they will call on the terminals of Enns and Salzburg, in southern Germany they will serve those in Munich.

The subsidiary of Deutsche Bahn states that customers are increasingly asking for a direct connection to the Adriatic port. Transfracht already provides services between the North German seaports and destinations in the rest of Germany and Austria, the so-called Albatros Express.

Cargo from southern Germany can be transported to Salzburg, where it is loaded onto the train to Koper. TFG Transfracht is also considering a direct connection between Munich and Enns, in Upper Austria.

Southern European ports as Koper, but also Piraeus, Trieste and Barcelona have been growing significantly. However, hinterland transportation from north to south continues to tip the balance. This is because the main volumes enter Europe via northern European ports, and services in the opposite direction are still underrepresented.

Can ports as Piraeus, Koper and Trieste win the hinterland volumes?