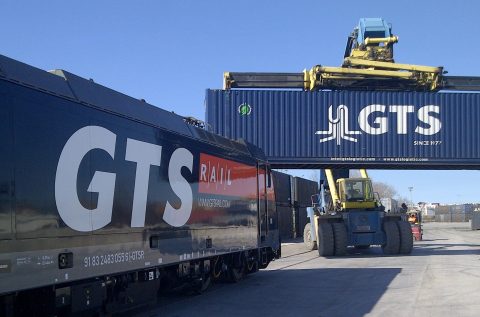 The Dutch port of Moerdijk is to receive a 3.7 million Euros subsidy from Brussels to expand its rail terminal capacity. The port authority will use the fund to extend the tracks to 740 meters. This is the European benchmark for freight trains.

The terminal at the seaport currently has three short tracks. Trains must therefore be cut to be able to load cargo. With 740-metre long tracks, this is no longer necessary. The measure should significantly increase the handling capacity of containers.

The subsidy comes from the European programme for the Trans-European Transport Network (TEN-T). The aim of this programme is to create a single cross-border network for transport by land, water and air within the European Union.

This subsidy comes in addition to the 7 million euros that the Dutch minister and state secretary made available at the end of last year for the optimisation of the track. These funds are used to eliminate the overloading of the track in Moerdijk.

At the yard on the Zuidelijke Randweg, infrastructure manager ProRail and the port authority are going to construct two new tracks of 740 meters. There will also be an extra switch connection, so that the container terminal can be reached from the yard without extra shunting work. The advantage of this is that trains can be processed fasterand safety is increased.

Both projects aim to facilitate the growth of multimodal cargo flows and facilitate 740-meter long trains. In doing this, Moerdijk makes smart use of its possibilities, encouraging the use of rail as a sustainable modality to transport goods, the port authority commented.