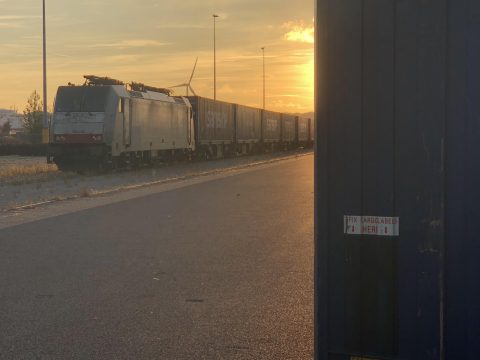 The Port of Amsterdam, together with the regional business community plans to send a letter to the Dutch state secretary of Infrastructure Stientje van Veldhoven as soon as possible. In doing so, they want to point out the imminent number of bottlenecks on the railway network connecting the capital towards the hinterland.

According to Femke Brenninkmeijer, director of energy, freight & offshore at the Port of Amsterdam, the capacity on the local railways is “a strong concern” for the port sector and action must be taken quickly towards the responsible ministry in The Hague. “Now that we are going to have access to the largest sea lock in the world within a few years, we have to ensure that the back door stays open on the railway”, said Brenninkmeijer on the well-attended Port Debate (Havendebat) in Amsterdam. “After all, you are as good as a port as are your hinterland connections.”

She called for a coalition of people willing to ask the attention of the secretary of state for the problems by means of a petition. When the letter with the petition will be sent, she could not yet say. Brenninkmeijer pointed out, among other things, the capacity problems at Amsterdam Central Station, where rail freight transport is increasingly being pushed away by passenger trains. Tata-Steel IJmuiden, a major customer of rail transport to the German hinterland, was, among other things, concerned about the renovations next year at the train station.

The steel company runs six freight trains every day with steel from IJmuiden via the Central Station to the German hinterland and Pieter van Tongeren, director of outbound logistics of Tata Steel, wonders if there will be sufficient capacity for that drainage. On an annual basis this means 1.2 million tonnes of steel.

The initiative ‘high-frequency rail’ also means that there will soon be less flexibility for Tata Steel to operate its freight trains, according to Van Tongeren. “If applied strictly, this will have quite an impact. What guarantees us in the future that a delayed train will still be able to run?” The ‘high-frequency rail’ project is an initiative of Infrastructure manager ProRail and transport provider NS, enabling the passage of more passenger trains and sufficient freight trains by better utilising the existing infrastructure.

Also the closure for freight trains during rush times makes it, according to the logistics manager, ‘impossible’ for Tata Steel to operate certain routes. “We now have to tackle this together towards the government and ProRail, because this is bad for the entire environment.” Van Tongeren further points out that Amsterdam, unlike Rotterdam with the Betuweroute, does not have its own rail freight railway. “As a port, we have to utilise the existing track in the Netherlands.”