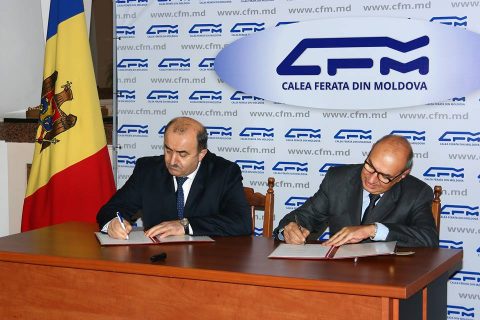 Moldovan national rail company Calea Ferată din Moldova (CFM) has signed a 45-million Euros agreement with GE Transportation for the supply of twelve diesel locomotives. The units will mostly be used for freight operations. The first unit will be delivered to the country beginning of 2020. The deal was financed by EBRD and EIB.

“We are glad that Moldova has chosen our product. We believe that it will be a significant contribution to the economy of the country,” said the commercial leader of GE Transportation Sinan Haseki. It is expected that the US company will deliver to Moldova TE33A diesel locomotives, commonly used in Kazakhstan and other Central Asian former Soviet republics.

Moldova has a 1,232-kilometre single-track non-electrified railway network. Therefore, CFM uses only diesel locomotives and diesel multiple units (DMUs). It was in 2012 when CFM modernised its rolling stock. Romanian company Remar, part of Grup Feroviar Român, upgraded 5 four-car DMUs D1 built by Hungarian producer Ganz-MAVAG between 1960 and 1980. The modernised DMUs run on the national lines as well as on the international lines to Odesa, Ukraine, and Iași, Romania.