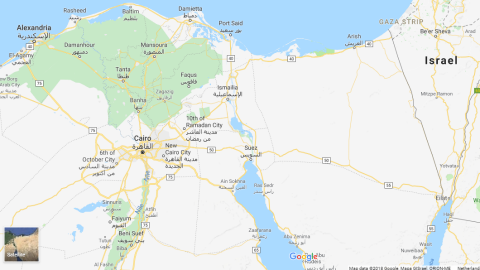 Egypt to build railway line as alternative to Suez Canal

Egypt has announced plans to build a railway line offering an alternative to the Suez Canal. The line will connect the Port of Alexandria and Damietta on the Mediterranean coast to the Port of Nuweiba on the Red Sea. It will be the first land bridge between the Meditarranian and Red Sea, as well as a new railway connection between North Africa and the Arab Peninsula.

Egyptian officials were quoted in the Arab Weekly, explaining that the railway link will serve freight as well as passenger traffic. According to experts, freight can be transported between the two seas in three hours, which constitutes a considerable reduction in travel time of transport via the Suez Canal. The railway will be used for the transport of materials necessary for the rebuilding of Iraq and Syria.

The first phase of the line will include the construction of a railway line between the Mediterranean ports of Alexandria and Damietta, both situated in the north of Egypt at a 200 kilometre distance from each other. The second phase will connect the Port of Damietta to the Port of Nuweiba, a coastal town in the eastern part of the Sinai Peninsula via 500 kilometre of railway. A major logistics zone will be established close to the Port of Nuweiba, in addition to an inland terminal for freight distribution.

Fantastic. I was just thinking: why no railway along the Suezcanal, to avoid blokkades ,and to make transport 100 times bigger volumes. I was looking on wikipedia and I found that this idea is about in construction.
peter marchand, belgium