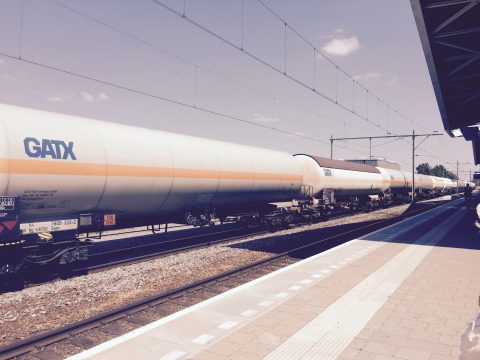 Several railway industry players have expressed concern over proposed route enforcements for rail operators transporting dangerous chemicals within the Netherlands, as it may greatly impact the European rail freight industry. The measures may lead to a shift in transport routes and hence to higher costs, fewer options and more safety risks to more people living near transport corridors.

The Dutch Secretary of State Sharon Dijksma (Infrastructure) has proposed to ban certain freight from the Amersfoort-Apeldoorn (Bentheim) route and Eindhoven-Venlo (Brabant) route, two popular freight corridors in the Netherlands to and from Germany and Belgium. With these measures she aims to force rail operators to the Betuweroute, a corridor considered to be a safer option for the transport of dangerous goods. The ban would apply to the transport of flammable gasses and very poisonous liquids in the chemical categories A and D4.

The measures were proposed in a draft plan and presented to the public in an internet consultation, to which anyone can respond until the 14th of September. Dutch infrastructure manager ProRail issued a statement on Monday, saying that the ban would drastically impact the international rail freight market, with the German Ruhr in particular. Operations along these freight corridors are mostly international and the measures directly intervene with the mechanisms in place. Excluding some of these operations from certain routes will result in a shift to other railway sections via roads or ports in neighbouring countries, ProRail warned.

Rerouting is seen as an unfavourable option by rail freight operators, as it leads to longer distances and consequently, to higher operational costs, for which no compensation has been offered. Moreover, not all locomotives are equipped to access the ERTMS-system applicable on the Betuweroute and access requirements can be different on other routes. This could seriously hurt the Dutch economy, stated the Dutch Commission of Transport Dangerous Goods (CTGG). “A limitation of railway capacity means a limitation of growth potential and ultimately, a profit reduction compared to neighbouring countries.”

While the costs of transporting dangerous chemicals to the Netherlands are increasing, they remain constant in other parts of Europe, adds the Dutch trade organisation for the transport industry RailGood. The ban would lead to a heavy administrative burden on the part of transporters, therefore Railgood urges the Dutch government to reduce these burdens and bring Dutch legislation for the rail freight sector to a bare minimum.

In addition to a possible loss of market share, industry parties point out that rerouting would lead to an increased risk in other sections of the logistics chain, as more of these sections would be exposed to the transport of dangerous goods. “Transport flows may be redirected to longer routes through Belgium and Germany, which ultimately leads to more risks to more people living near railways in Europe”, said the CTGG.

The safety of people living in the vicinity was the starting point of a study into the compliance with the so-called risk ceilings along the routes concerned. These risks ceilings are exceeded too often, was the conclusion. The Betuweroute was designed for the transport of dangerous chemicals as the risks on this route are considered to be much lower and therefore, freight consisting of dangerous goods should take this route instead. However, the question remains if the ban on only two routes leads to a shift to the Betuweroute, points out the Province of Utrecht.

Moreover, with the exceptions in place a lot of rail freight operations are likely to continue on the Brabant and Bentheim routes, the province added. The ban would not be in place if the Betuweroute is not accessible or available, or if the destination can only be reached via the routes where the ban is in place. This is an important condition, as the Betuweroute has been criticised for its lack of capacity due to ongoing or delayed development works. The connection with Emmerich and Oberhausen in Germany will not be materialised in the next few years, forcing freight operators to the Bentheim and Brabant routes.

Since the end of 2016 violations of the risks ceilings have decreased, but the Secretary of State wants to see complete adherence to the rules. However, the preferred way to accomplish this is through negotiations with the sector, she explained. The internet consultation is a last resort to pressure the sector into compliance before the end of the year.

According to industry players, plans to improve compliance are certainly there but require time to be effective. “A number of measures are currently rolled out to recover the balance between safety, transport and spatial development. Before any ban is implemented, these measures should be given a chance to yield”, the CTGG said.

Also ProRail believes the ban comes too early, as most of the measures planned are yet to be implemented. Once these steps are carried out, they will lead to complete adherence to the safety rules and a ban will become unnecessary, it stated. ProRail also warned that a ban may not be possible with regards to legislation guaranteeing the free transport of goods.