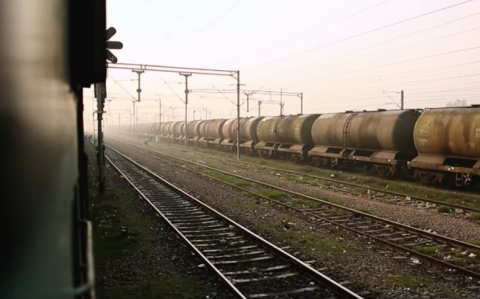 The Dedicated Freight Corridor programme in India, which could eventually help open up vital new rail freight trading links with Europe, is entering its next phase with plans for a domestic southern route.

India’s positioning on the southern fringes of the ‘New Silk Road’ linking Asia with the west means it is ideally situated to accommodate Eurasian rail transshipments. While much of the current focus is on the Russian transit routes, the so-called ‘southern corridor’ is also likely to take off in a similar way.

It is is part of the long-term Trans-Asian Railway programme, a United Nations project designed to establish an integrated freight rail network across Europe and Asia. The southern corridor will go from Europe to south east Asia, connecting – among others – India and ultimately China and the Far East.

It is now says planning a southern version, connecting Tamil Nadu and Karnataka states with western states like Goa and Maharashtra. The announcement was made by Suresh Prabhu, Indian Railway Minister, during a visit to Tamil State. He said that the 890 kilometres-long SDFC would see ‘smooth movement’ of freight traffic. The ‘criss-cross movement’ of freight across the country would also be possible, boosting India’s freight movements, he added.

The SDFC would pass through the Bangalore-Chennai Industrial Corridor, an area also being promoted by Japan & India, along with a major seaport in Mangalore and Whitefield ICD, one of India’s major inland container depots, through a tunnel in the Western Ghats region. There are also proposals to extend this line to Mangalore in Karnataka state, where it will be able to connect with India’s biggest petrochemical complex and an international air cargo facility serving Europe and the Gulf states.

The Dedicated Freight Corridor Corporation of India Limited is a corporation run by the Indian Ministry of Railways and is responsible for planning and development, sourcing funds, construction, maintenance and all other operations of DFCs across the country.